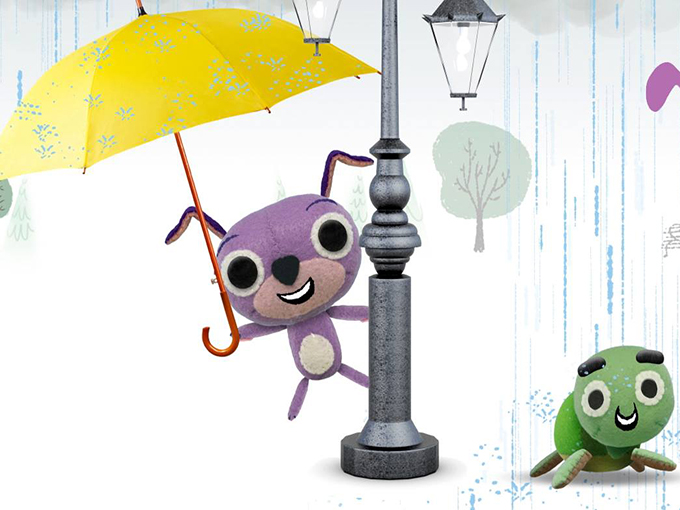 As one of only a few kid-focused creative agencies in the industry, New York-based Danger Pigeon has positioned itself as a leader in character-based content for marketers and advertisers. And now, the entertainment world has come calling.

The two-year-old shop co-founded by former Saatchi creative director Pat Giles and his wife/longtime copywriting partner, Amy Giles, has amassed a first-rate client list, including Canadian kidcasters YTV and Teletoon, as well as Activision, Blip Toys, Sesame Workshop and Portfolio Animation, all of whom are looking for animated stories based on their established and new characters.

“We’ve done four other web series and all of them had some level of borrowed equity, but with Lili and Torto, we built it from the ground up,” says Giles, who is the show’s executive producer. The nine x two-minute preschool series follows best friends Lili the dog and Torto the tortoise as they learn how different things can sometimes go together, like themselves.

With the show, Giles confirms that the agency plans to lean more purposefully into long-form preschool content. “We are really excited to do work that is a little bit more curriculum-based. Having a bigger audience in mind is important, too,” he says.

In terms of Lili and Torto‘s unique design, Royce likens it to faux stop-motion. “We photograph felt figures that are deconstructed and in full rotation, and our animation director Mike Foran builds rigs with the assets and sets them up so they can be animated by anybody who knows how to use After Effects,” Royce says.

When asked about what makes a character last, Giles sums it up to truth. “Characters can keep going for 50 years if you stay true to them. They can evolve, but the audience will punish you if you mistreat the character,” he says.

As for the agency’s biggest challenge, Giles says it boils down to sustainability. “We’re three years into building this and for any small new company, it takes a while to build enough paid clients to then be able to make what you want. Efficiency is the second challenge,” he says.

Looking ahead, Danger Pigeon has two shows in development—a Teletoon web series with Manny Galan, who worked on Captain Cornelius Cartoon’s Cartoon Lagoon from Canada’s marblemedia and Atomic Cartoons, and a YTV project with Toronto-based Portfolio. “We also have two top-secret advertising projects that hopefully we can reveal soon. One features a major character making a return, and the other features a character that isn’t known yet,” says Giles.