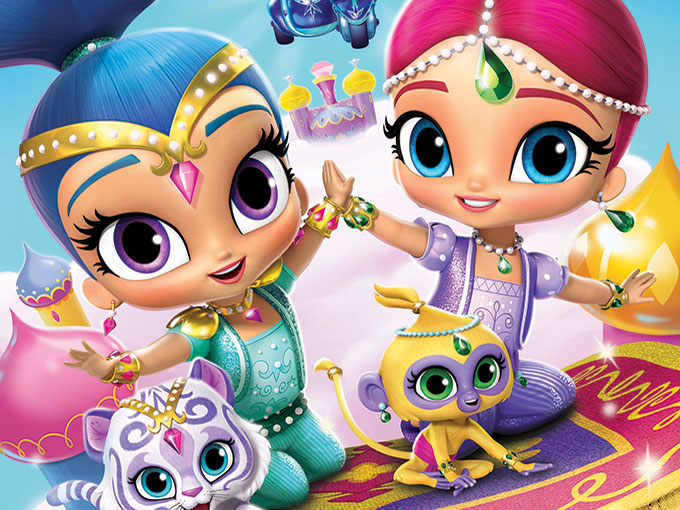 Based on the Nickelodeon preschool hit, the footwear line from Belgium's Leomil will be available in Europe, the Middle East and Russia next year.

Nickelodeon and Viacom Consumer Products (NVCP) has partnered with Belgium-based Leomil to launch children’s footwear inspired by Shimmer and Shine. The girl-focused line of shoes will be available early next year across several markets in Europe, the Middle East and Russia.

The multi-year licensing agreement is an extension of a long-term strategic partnership between Viacom International Media Networks and Leomil. The footwear manufacturer has also taken the license for Spin Master’s PAW Patrol, also repped by Nick, and the licensed shoes are available in a number of territories including France, Germany, BNL, the UK and MENA.

The inaugural Shimmer and Shine consumer products line debuted in the US last summer. It included dolls and accessories from Fisher-Price, as well as a number of partners across apparel, publishing and home entertainment.

In February, Viacom outlined increased resource investment for Nick after it reported its best performance in the six to 11 demo in five years. The strong results were buoyed by more than 140 episode launches of new and returning series and specials in Q1 2017.

Nickelodeon recently renewed Shimmer and Shine for a fourth season comprised of 20 x half-hour episodes. The animated preschool series follows twin genies-in-training as they go on adventures and grant wishes for their friend Leah.