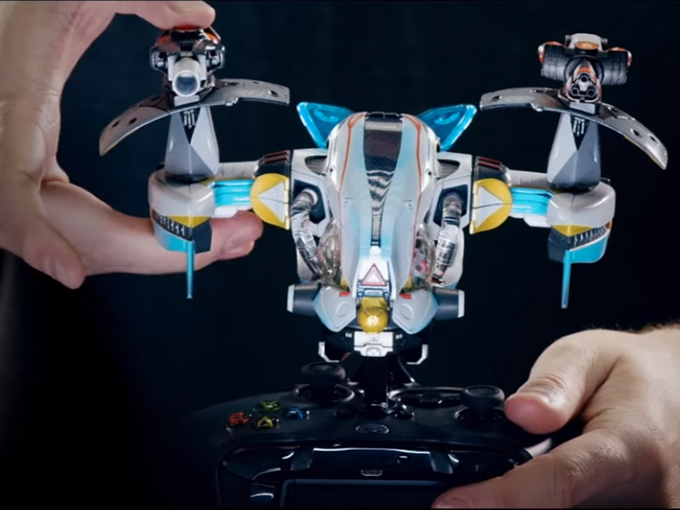 With smart toy sales expected to reach US$15.5 billion by 2022, Ubisoft is joining mainstays Lego Dimensions and Skylanders in the toys-to-life business with Starlink: Battle for Atlas.

In a move that speaks to both the connected toys and collectible crazes, videogame developer Ubisoft (Just Dance) announced at its E3 2017 conference that it will launch a toys-to-life adventure game entitled Starlink: Battle for Atlas.

Developed by Ubisoft Toronto for a worldwide launch in fall 2018, the game is unique compared to other toys-to-life brands in that entirely customizable Starlink toys can be mounted onto a player’s game controller. Users can assemble their real-world starships by choosing different pilots, hulls, wings and weapons that lock into place, and as each piece is physically added, they then appear digitally within the game.

All of the toy pieces are compatible, and players have the option to create their collections digitally rather than physically. Regardless, the end goal in the space saga is for players to pilot their starships in order to save the Atlas Galaxy from an evil robot army.

Starlink will be available for Nintendo Switch (a special mount for Switch’s Joy-Con grip was shown during Ubisoft’s E3 presentation), Sony PlayStation 4 and Microsoft Xbox One.

The launch comes as the toys-to-life category continues to move past a transitional period last year that saw the House of Mouse discontinue all of its Disney Infinity toys after just three years on the market.

However, according to a brand-new report by digital analyst Juniper Research, smart toy sales are forecast to reach US$15.5 billion in hardware and app content revenues by 2022—a big increase from approximately US$4.9 billion in 2017.

The boost, according to the report, will be driven by the ongoing demand for console-connected toys-to-life action figures, as well as the growing popularity of smartphone-based connected toys. Juniper predicts that 224 million smart toys will be shipped globally this year, and that toys-to-life game Lego Dimensions is a leader in the category.

While many in the industry are already calling Ubisoft’s toys-to-life move risky, the launch may be a way to capitalize on a more adult-oriented collector community that’s driving sales for IP like Lego Dimension‘s A-Team and Ghostbusters sets.