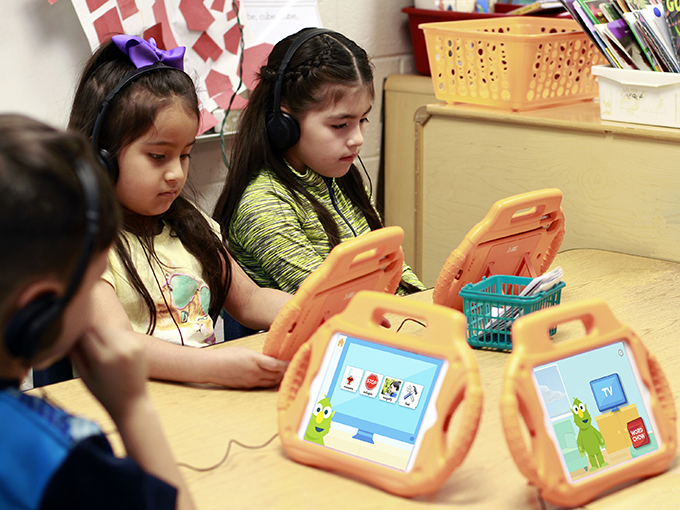 Kicking off in Georgia, the pilot program marks the first time that Sesame Workshop expertise and IBM Watson tech have been used for educational testing in classrooms.

As part of a three-year collaboration to help advance children’s education and learning, Sesame Workshop and IBM Watson have introduced the partnership’s first product, a tablet-based cognitive vocabulary app.

Piloted to kindergartners and teachers in six classrooms within one of the top urban school districts in the US, Georgia’s Gwinnett County Public Schools, the app is built on IBM and Sesame’s new intelligent play and learning platform. The IBM Cloud-powered platform gives software developers, researchers, educational toy companies and educators access to IBM Watson’s cognitive computing capabilities and Sesame Workshop’s 45-plus years of early childhood expertise.

In the first testing phase, students and teachers engaged with the adaptive app, which features Sesame Street characters alongside educational videos and word games. During the Gwinnett pilot, IBM and Sesame collected 18,000 feedback points from 120 students that helped determine a more accurate progression of words they were exposed to over a two-week period. The pilot found that many students acquired and accurately used new vocabulary as a result of the app, including words deemed challenging for kindergarten students like “arachnid,” “amplify,” “camouflage,” and “applause.”

Participating teachers also determined that the app and its digital assistance is a valuable learning tool for the classroom. Other features within the app let teachers monitor children’s vocabulary development in real-time through a secure dashboard and customize lessons, pacing and curriculum to each child’s needs. The app can also pin-point a child’s current vocabulary range, and then provide vocabulary learning experiences focused on specific words.

Once testing is complete, the app and others like it will be accessible to schools globally on the IBM Cloud.

Beyond the classroom, IBM Watson’s speech- and image-recognition capabilities are expected to further grow the educational toy, app and game space. Its cognitive technology has already been featured in Elemental Path’s CogniToys dinosaur that can answer thousands of questions—and even tell jokes.

Here’s a behind-the-scenes look at the Gwinnett pilot program: