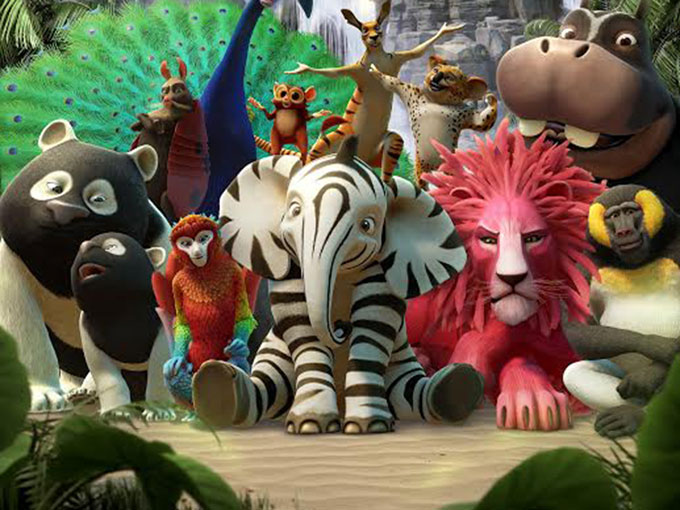 The toon, which premieres on France Télévisions this fall and is distributed globally by NBCUniversal, has a new master toy partner in Denmark's Hijinx.

The agreement will see Hijinx act as exclusive global manufacturer (excluding China, MENA and Japan). The line will initially launch in North America, Australia, New Zealand and the UK. Hijinx has previously designed and produced licensed toys for properties including Beat Bugs and Monster 500, with a specific focus on products that interact with broadcast, digital and streaming content.

Created by former Lucasfilm pre-visualization supervisor David Dozoretz, Zafari follows a group of friends inhabiting a land where all of the animals have been born with a unique combination of skins, patterns and characteristics (think a lion that sports flamingo-pink fur, or an elephant covered in zebra stripes).

Before appointing NBCUniversal as its global distributor, Ink Global had inked presales for the toon with France Télévisions—where it will make its world premiere in France and MENA November—as well as Lagardère’s Tiji (France), SRC Radio Canada (French-speaking Canada) and SpaceToon.

Recently, Ink Global signed a deal with on-demand distribution specialist Janson Media, which sold its series The Mojicons to Amazon Prime US. Additionally, the property’s two upcoming films will bow on Amazon Prime this summer.