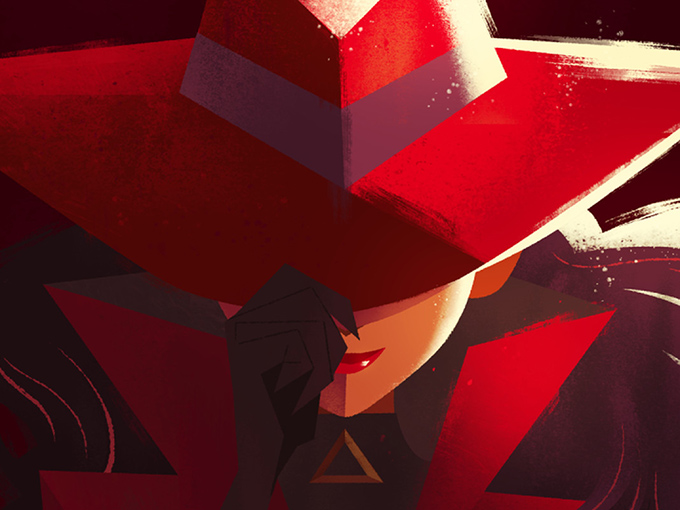 Netflix's director of global kids content, Andy Yeatman, dishes on the SVOD's strategy to appeal to Millennials and their kids with its Magic School Bus and Carmen Sandiego reboots.

Getting to 128 million global subscribers by 2020 may seem like a breeze for Netflix—but mastering the art of co-viewing is, according to the SVOD, a little complicated. While Netflix’s homepage has no shortage of licensed and original children’s content, the service is continuing its co-viewing push to bring Millennial parents and their kids together with two more reboots plucked from the 1990s.

Carmen Sandiego (pictured) and Magic School Bus are both being primed as Netflix original series that will premiere in 2019 and 2017, respectively. Announced in June 2014, animated series The Magic School Bus Rides Again will target five- to eight-year-olds and their parents, while recently greenlit toon Carmen Sandiego will aim for a wider audience of kids age six to 11, their parents and anyone who was a fan of the original series.

Andy Yeatman, director of global kids content at Netflix, knows the SVOD is casting a wide net with both series’ audience reach, but thinks the reboot strategy will benefit the streamer overall.

“We think there’s a huge benefit of having a program that parents remember fondly and grew up with. We are giving them the opportunity to introduce it to their kids and spark a conversation,” says Yeatman. “We are pitched reboots of classic shows from the ’80s and ’90s all of the time, and these were two that really stood out and made sense to do. An important factor that we look at when we’re deciding whether it’s worth re-booting or retelling is how long it’s been since the last version of the show aired, and we tend to shy away from shows that are rebooted every five to 10 years. I think both of these fit that bill perfectly. Particularly, we responded to the ways that we can retell them.”

Created in partnership with Houghton Mifflin Harcourt and DHX, the new Carmen Sandiego is a completely different spin on the classic kids game show that aired on PBS from 1991 to 1995. The new version will be a serialized look at Carmen’s back story that is told from her perspective. The choice to go the route of serialized content has been a strategic—and ongoing—one for Netflix, given the rise of this genre of storytelling among today’s kids.

“The Carmen Sandiego reboot is a new fresh way to tell a story that would be interesting to people who grew up on the video game or the original series. The idea of capturing the two audiences with one show is just too tantalizing for us to ignore,” Yeatman says.

With The Magic School Bus speeding toward a release this fall, the animated science-themed show created by Scholastic Media and 9 Story is purposely not straying as far from its original roots. (The series debuted on PBS in 1994 and was based on the bestselling book series of the same name from Scholastic by Joanna Cole and Bruce Degen.) But Yeatman is promising some big updates.

For one, the toon, which features Kate McKinnon (Saturday Night Live) as Ms. Frizzle, will include a more diverse cast than the original. It will also speak directly to the STEAM trend that has come to define today’s educational media landscape. In fact, one of YouTube Red’s first-ever kids’ series is a girl-led STEM show, while Amazon is calling 2017 the summer of STEM. Netflix itself even partnered with the Girl Scouts of the USA to empower young girls to pursue a future in STEM through on online resource.

Yeatman says the focus on science has developed so much since The Magic School Bus aired its final episode in 1997, providing Netflix with an opportunity to explore more concepts, such a coding, engineering and robotics.

Of course, the risk that comes with targeting two audiences is that these series will fail to resonate with either. “You might disappoint fans from the original without engaging the new generation of kids. There’s absolutely some risk to it and we don’t undertake these lightly,” says Yeatman. To combat this, he says the development team has been creating storylines that have wide audience appeal. Perhaps that means Miss Fizzle and her students’ next big trip will be a journey into the depths of an iPhone.