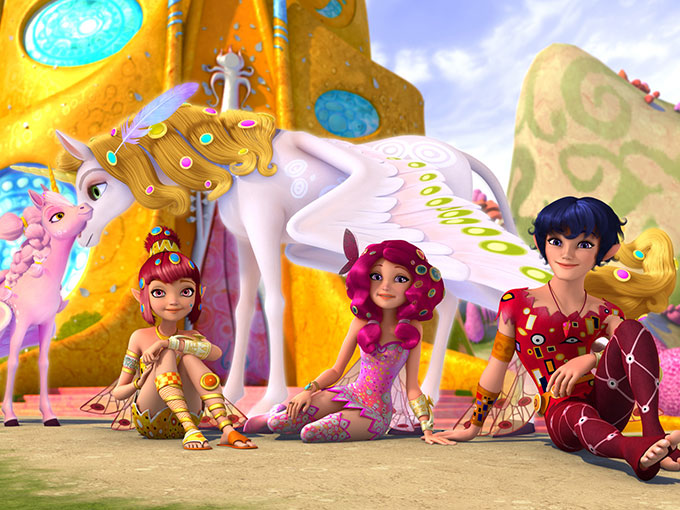 Global broadcasters go for Mia and me season three

m4e has signed agreements across the Nordics, Benelux, Estonia, Portugal, France and Thailand for the girl-skewing series.

Germany’s m4e has signed a number of global broadcast deals for girl-skewing series Mia and me. The series has been picked up in the Nordic territories, Benelux, Estonia, Portugal, France, French-speaking Africa, Australia and Thailand.

In South America, Brazil’s Globosat has renewed its pay-TV rights for season one.

Season three has already premiered in Germany on KiKA. Simba Toys picked up the toy license for Mia and me in February, and playthings will be launching in Germany, Austria and Switzerland in 2018 before rolling out globally. Mia and me‘s fourth season, plus a feature film, are currently in development.

The 78 x 23-minute show was created by Gerhard Hahn and is a production of Hahn & m4e Productions, along with Rainbow and ZDF. The show was acquired by m4e last June, when the company took a 45% stake in the international rights (excluding Italy) to the property. Hahn Film purchased the remaining 5% of Rainbow’s original 50% stake. Studio 100 then purchased a majority stake in m4e in January.