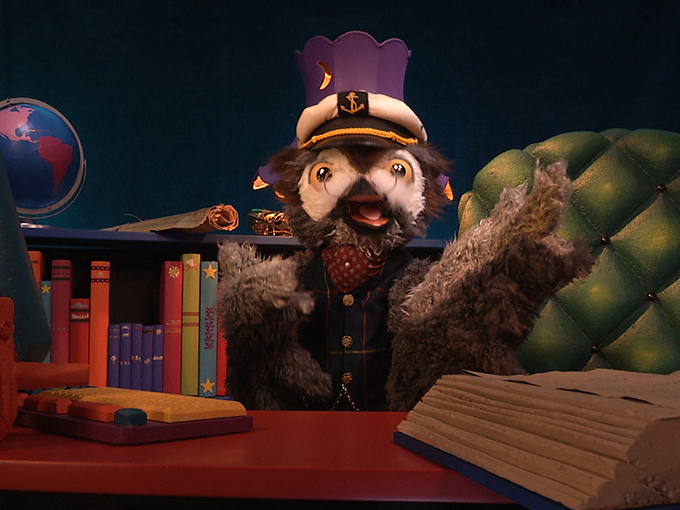 How Blue Ant will bolster its kids biz with Racat buy

According to Blue Ant's CEO of television and digital Raja Khanna, expansion into kids content comes with ownership of nature-based companies like ZooMoo Networks and the help of former Nat Geo Partners COO Ward Platt.

With yesterday’s acquisition of media org Racat Group and its five Asia-Pacific prodcos and TV networks—including children’s broadcaster ZooMoo—Toronto, Canada-based Blue Ant Media made a big move to grow its production, distribution and channel businesses globally with an emphasis on nature- and wildlife-based kids content.

As a result of the deal, the financial terms of which were not disclosed, the privately held company has also appointed Racat consultant and former Nat Geo Partners COO Ward Platt to the newly created role of CEO of kids and global networks.

Based in L.A. and reporting to Blue Ant’s CEO of television and digital Raja Khanna, Platt will take his post effective September 1 and will be tasked with growing the company’s global linear and digital channels strategy outside of Canada and New Zealand.

While primarily focusing on factual content for an older audience since its inception six years ago, Blue Ant always envisioned an expansion into the kids market. It began making moves last year, according to Khanna.

“From the outset, we knew we wanted to be in the content business in a big way as a broad-based, multi-genre company. We started with factual and the plan was always to grow it,” says Khanna. “The idea of getting into kids from a production and distribution side is exciting to us and was always our long-term ambition.”

Prior to the Racat acquisition, Blue Ant’s first step into the kids biz occurred in 2016 when its Toronto studio produced Make it Big, Make it Small, a children’s series that aired on Blue Ant’s DIY channel Makeful—and is now being shopped internationally.

That project was followed by Kings of Atlantis, one of YouTube Red’s first original family commissions produced by Blue Ant-owned Omnia Media out of L.A. The 13-episode animated series, which bowed on April 7 on the YouTube Kids app, stars Cody and Joe from the Minecraft-inspired The AtlanticCraft YouTube channel.

Taking a closer look at Blue Ant’s plans for kids content with the Racat acquisition, the company now has a 70% stake in Singapore-based ZooMoo Networks, a joint venture with AT&T’s DirecTV Latin America that provides nature- and wildlife-dedicated preschool content across Latin America and Asia.

ZooMoo is also directly connected to a free ZooMoo app for iOS and Android devices that lets users bring animals that they have collected through TV-screen encounters to life on their mobile devices in games, music, puzzles and other activities.

“I couldn’t imagine a better entree to the kids business for Blue Ant through nature and wildlife because we are already experts in that category with our portfolio of brands, including BBC Earth Canada and Love Nature,” says Khanna.

As for other kids business brought in via Racat, Blue Ant now has access to another major Singapore-based prodco and one of Asia’s biggest indie studios, Beach House Pictures. One of its five divisions is Beach House Kids, which recently produced Teddies for Singapore’s Okto and Australia’s Channel Nine.

In terms of growth from Australia, Blue Ant’s Racat purchase also includes Sydney-based Northern Pictures—a company that is fairly new to the kids market, having launched Northern Pictures Kids in late 2015. Its kids division currently has more than 160 hours of nature-inspired children’s television in production.

Khanna says the acquisition will double Blue Ant’s total employee count from 250 to approximately 450 and should increase Blue Ant’s annual revenue to the US$200-million to US$250-million range.

“This (Racat) is a fantastic fit. We invest in people and we’ve grown our team with an incredible roster of creators and talented business leaders. That’s what this is all about and I have no doubt that our kids business will grow very quickly,” says Khanna.

“The biggest challenge will be defining products, especially in the digital space, but also on television that can stand out in what is an increasingly fragmented and cluttered media landscape. But in our channel business, we’ve always been focused on this.”