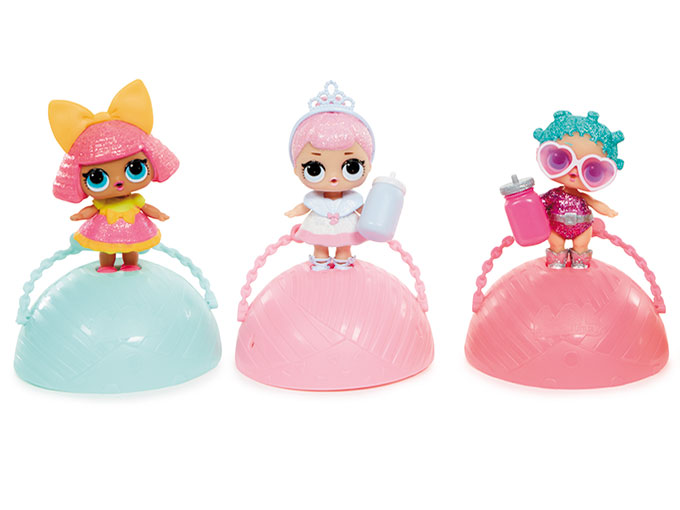 MGA Entertainment CEO Isaac Larian talks plans to expand the collectible doll line into new categories, and why the days of advertising toys on TV are over.

For MGA Entertainment, success is in the element of surprise.

The California-based toyco’s L.O.L. Surprise! doll line, which combines collectibles with YouTube’s unboxing phenomenon, has been a hit since it launched in December 2016. According to market research firm The NPD Group, L.O.L. Surprise! was the number one item YTD and the third-best growth property in the playset dolls and collectibles category for the January to February period.

The line features a doll surrounded by seven layers of wrapping paper, with a surprise in each layer that includes outfits and accessories for the dolls, as well as secret messages and collectible stickers.

“The whole success or failure of a toy is the innovation. It’s about bringing a product that is completely unexpected,” says Isaac Larian, CEO of MGA Entertainment. “It’s all about doing something different. As a company, when everybody else zigs, we zag. We go a different way, and that’s why we’ve succeeded.”

L.O.L. Surprise! is, perhaps unsurprisingly, is now moving into the licensing realm. MGA is ready to launch a L&M program inspired by the line spanning categories like apparel, accessories, stationery, party goods, publishing, games and sporting goods. The first phase is slated to reach retail in spring 2018.

For the remainder of 2017, Larian says, MGA will focus on expanding the doll line.

“Forty five dolls were initially released, and there will be another 45 this coming fall with different surprises,” he says. “As far as licensing is concerned, we have a lot of inquiries. We’re going to pick and choose our partners very carefully because we want this brand to have the same type of lifespan as Bratz, which was very popular for over 10 years.”

With its Num Noms licensing program—which has 80 global licensing partners in categories like apparel and accessories, party goods, home décor and stationery—MGA wanted additional categories to incorporate the line’s scented concept to create a unique point of difference. For the L.O.L. Surprise! program, Larian says licensing partners will need to be imaginative to recreate the sense of surprise and discovery found in the doll line.

“We’re looking for new ideas. Something different, and absolutely excellent quality,” he says. “The seven layers of surprises is a big deal that hasn’t been done before, and our goal is to really take that to the next level.”

Larian also plans to keep the surprises coming in terms of marketing L.O.L. Suprise! MGA did not invest in TV advertising for the line, and he says the toyco will continue to focus on social media. “There was a time in the industry where you just made a commercial for the toy and put it on TV,” Larian says. “But that trend is completely over. The momentum of how you market products has changed.”

He believes this trend will apply to all toys, except perhaps those aimed at really young children, which in reality are marketed to adults. “Even there, though,” Larian says, “You reach them through Facebook. I’m being very blunt, but I think the days of TV advertising for toys are over. They’re coming to an end, fast.”