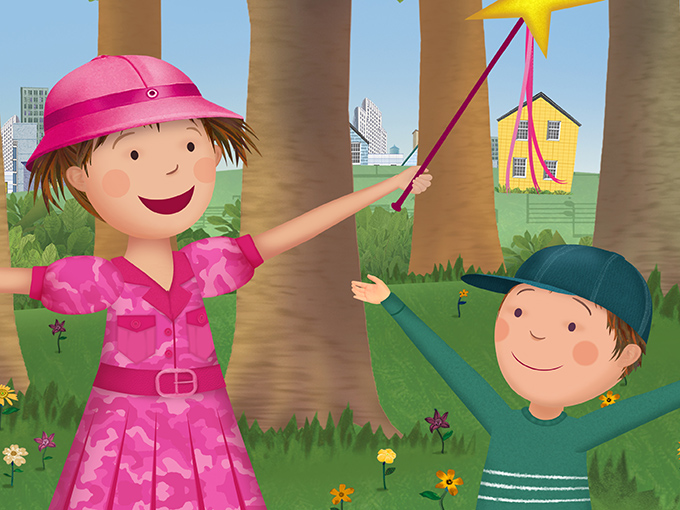 Based on HarperCollins' bestselling book series, Pinkalicious & Peterrific will launch across PBS KIDS platforms in February 2018, along with a themed mobile game.

Author Victoria Kahn’s bestselling Pinkalicious books are getting the small-screen treatment courtesy of PBS KIDS. Produced by WGBH Boston and Sixteen South, Pinkalicious & Peterrific will bow on the US pubcaster’s linear channels and digital platforms on February 19, 2018.

The 38 x half-hour animated series is aimed at kids ages three to five and encourages them to engage in the creative arts and self-expression. It follows Pinkalicious and her brother Peter as they explore music, dance and visual arts.

There will also be a variety of games released on pbskids.org and on the PBS KIDS Games App inspired by the new show. The Pinkalicious & Peterrific app will also be launching in 2018 in tandem with the series’ premiere.

The HarperCollins-published Pinkalicious book series includes 63 titles and has sold more than 23 million copies to date. It has been translated into eight languages and inspired Pinkalicious: The Musical, whiche premiered to sold-out audiences in New York.

The news follows the release of PBS’s first-ever kids streaming stick, which provides access to its 24/7 channel and digital platforms.