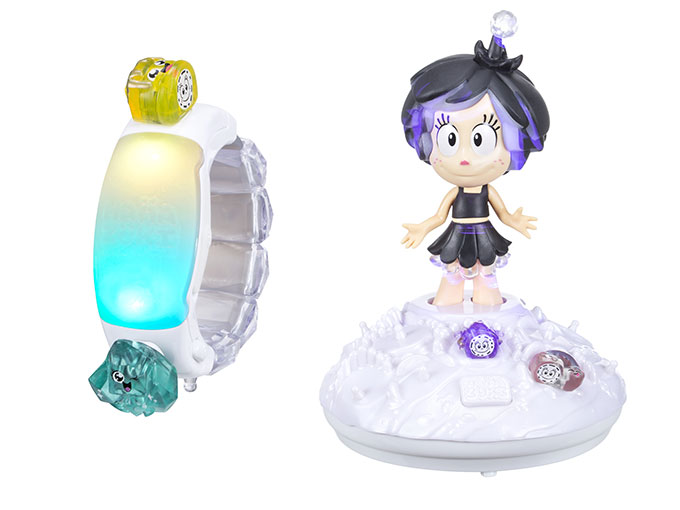 Products like toys and app-connected accessories based on Hasbro's animated YouTube series will launch at US retail next month.

After premiering earlier this year on YouTube and the YouTube Kids app, Hasbro’s first-ever animated digital series, Hanazuki Full of Treasures, has been picked up for a second season.

The 27 x 11-minute toon produced by Hasbro Studios in collaboration with Titmouse Studios follows a moonflower named Hanazuki as she embarks on an adventure and discovers that her many moods are the key to saving the galaxy.

Season two is set to debut on the Google-owned platforms in 2018.

The brand’s first app, Hanazuki, is available now for iOS and Android devices, and the first wave of consumer products–including apparel, accessories, publishing, digital gaming, toys, plush items and more than 175 collectible figures–will launch at Target and Justice stores across the US this June.

The former allows kids to express their changing moods by attaching treasures to the device’s wristband sensors. The Moodgleam Wearable lights up and glows different colors to show off the mood or moods represented by those treasures, and they can also be scanned into the connected app for continued game play. Kids can attach different treasures to the hot-spot at the base of the Moodlight Garden Playset to change the color of Hanazuki’s hair, dress and moodplume. Up to nine different treasures can be combined to express different emotions.