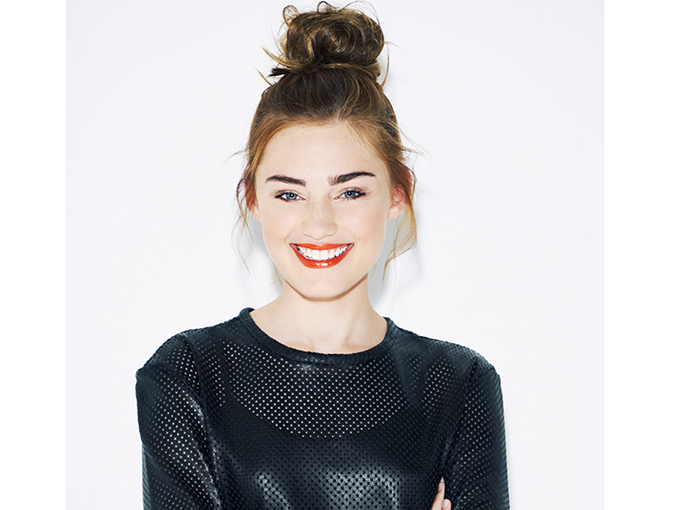 The Disney Channel Original Movie is set to air in 2018, with Meg Donnelly (pictured) and Milo Manheim in starring roles.

The House of Mouse has kicked off production on Zombies, a music and dance-filled Disney Channel Original Movie that’s set to air in 2018.

The movie is directed by Jeffrey Hornaday, who also choreographs with Christopher Scott—both of Disney’s Teen Beach Movie fame.

Hornaday will also be an executive producer on the film along with Effie Brown (Star, Dear White People). The cast is helmed by Meg Donnelly (American Housewife, pictured) as Addison, and Milo Manheim (Ghost Whisperer) as Zed.

The movie follows students at Seabrook High School, which is shaken up when transfer students from Zombietown arrive and integrate as cheerleaders and football stars. Addison and Zed fall in love, and have to teach their two towns how to coexist. Think High School Musical meets Warm Bodies.

Zombies follows in the footsteps of other Disney Channel Original Movies like Descendants—which is preparing for a sequel—High School Musical 2 and Camp Rock.