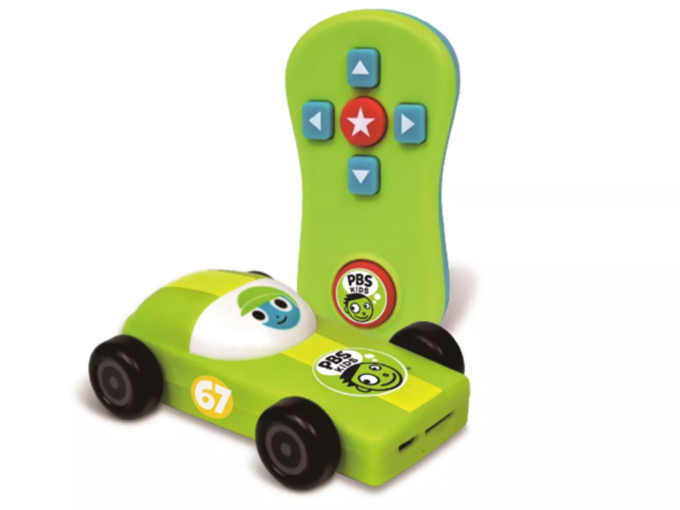 As parents' penchants for anytime-access to content is on the rise, the PBS KIDS Plug & Play streaming device will launch at Walmart for US$49.99 later this month.

When connected, the stick provides subscription-free access to more than 100 hours of on-demand programming. Content, including videos, seasonal programming and more, will be refreshed on a regular basis.

Kids tech developer Ematic, which also paired up with the kidcaster for its the PBS Kids Playtime Pad last year, helped create the device, which retails for US$49.99 and launches at Walmart.com and in stores on May 24. The OS for the stick is powered by KIDOZ, the Israel-based content discovery platform. Retail distribution will expand later this year. All proceeds from PBS KIDS Plug & Play will be directed to supporting PBS KIDS and its ongoing mission.

The Plug & Play looks like a toy race car and also comes with a remote suited for chubby little fingers. In launching the device, PBS cites a recent study that found 89% of kids ages two to six watch TV with their parents, and 74% of parents are in favor of anytime access to educational content.