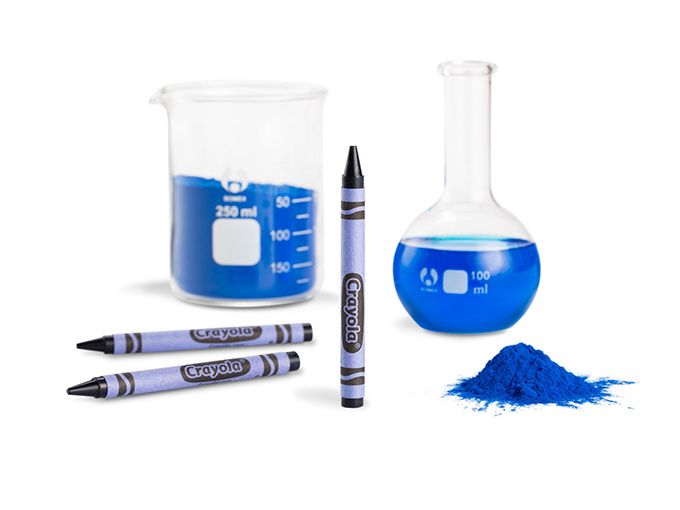 YInMn Blue, the first new blue pigment to be discovered in 200 years, has inspired a new product that Crayon is asking the internet to name.

After announcing the demise of 24-pack staple Dandelion, Crayola has debuted its newest color—a recently discovered blue—and now the crayon maker is asking people to name it.

The new blue is inspired by YInMn Blue, a pigment discovered in 2009 by chemist Mas Subramanian. (It is the first new blue pigment unearthed in 200 years.) The new color has also kicked off a partnership between Crayola, Oregon State University and Shepherd Color Company, which recently collaborated on an on-campus panel about the importance of color in everyday life.

In terms of naming the new crayon, the contest runs from now until June 2, and all entrants have the chance to win one of four weekly prizes. The top five crayon names will be released on July 1, and people can then vote on their favorite moniker while being entered to win one of six grand prizes for an all-expense paid trip to the Orlando Crayola Experience. Entrants can also win a Crayola Air Marker Sprayer, which won a US Toy of The Year Award in 2016.

The new name will be unveiled in early September and it will appear in Crayola products in late 2017 through early 2018.

The company sent its classic yellow color to the Crayola Hall of Fame back in March, at which time it released final boxes of crayons proclaiming “Dandelion is retiring.” It was not the first time Crayola has retired a color only to bring out a fresh alternative. The art supplier bid farewell to eight of them in 1990, and four more in 2003. Both times the crayons were replaced with more vibrant colors with even snazzier  names—out with Mulberry, and in with Jazzberry Jam.