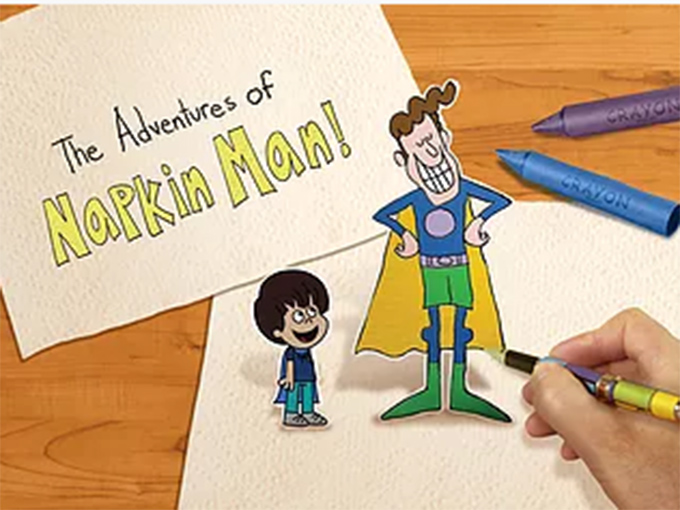 Kidstream co-founder Dean Koocher explains why the SVOD's focus on indie shows like The Adventures of Napkin Man (pictured) sets it apart from the competition.

Comcast is continuing its focus on children’s content by partnering with Kidstream, a new SVOD service that launched this week on the media giant’s Xfinity On Demand platform.

Available to US viewers for US$4.99 per month, the Brandvida-owned service offers more than 100 hours of series from the likes of Canada’s Breakthrough Entertainment and France’s Millimages and awol animation. The trio of indie producers has provided 22 series to Kidstream—and there’s plenty more to come, according to the SVOD’s co-founder Dean Koocher.

“We really see such a great group of independent producers out there doing great things, so we’re trying to work with them,” says Koocher. “We’re always looking for high-quality productions that want to get into the US. We’re working with Comcast right away, which opens us up to the American market in a strong way.”

In fact, a big draw for Kidstream subscribers is that most of the content, including Breakthrough’s The Adventure of Napkin Man (pictured) and Science Max!, has never been available in the US before.

While Kidstream has no current plans to create original content, it will be adding 100 more hours of acquired series to its library starting next month. And Koocher is particularly on the lookout for more fare aimed at kids ages two to nine.

“We also have some new episodes for the existing series that we’ll be adding,” says Koocher. “We’re going to keep it fresh, but also bring on a new series almost every month.”

“We are talking to and looking for a few more suppliers that can bring us top-quality content that’s educational and fun,” says Koocher. “To stand out, we had to get the parents’ trust first. We wanted to make sure that parents really love us. Content that families with young kids would appreciate, that’s where we’re targeting.”

Looking ahead, Koocher says the ad-free SVOD will be adding its first feature film in November. And then Kidstream will start to look for additional homes. While he thinks Comcast is a good fit, it’s not the only option as the service looks to expand to other platforms and territories.