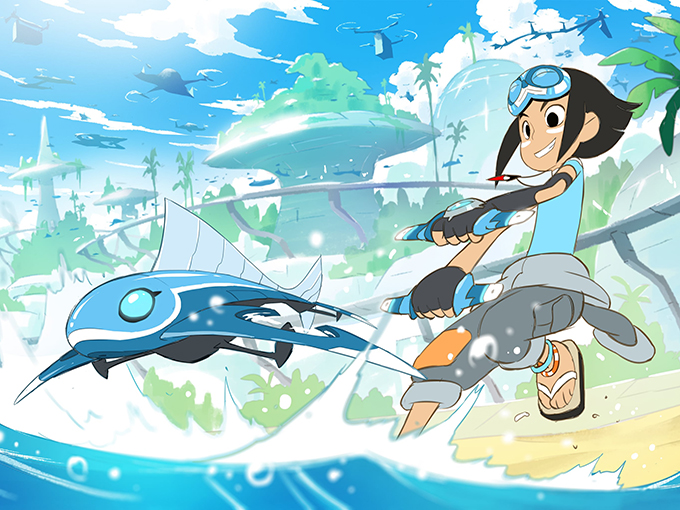 As the children's drone market continues to grow in popularity, TF1 and a trio of French prodcos are getting in on the high-flying action with new toon Droners.

The 26 x 26-minute series targets kids six to 10, and is based on an original concept by Supamonks’ director of production Pierre de Cabissole and La Chouette producer/showrunner Sylvain dos Santos.

Droners follows Corto, Arthus, Enki and Mouse—a drone racing team known as the Tikis—on a mission to save the future of their archipelago home, Terraqua, which is being threatened by marine submersion. To save their home, the team must win the toughest drone racing competition in the world, the Whale Cup.

The development of the project is being led by TF1′s director of youth programming Yann Labasque and Cyber Group Studios CEO Pierre Sissmann.

According to the US Toy Industry Association, drones and flying quadcopters were among the top toy trends of 2016. And in a June 2016 BI Intelligence report, drone sales are forecast to exceed US$12 billion by 2021.