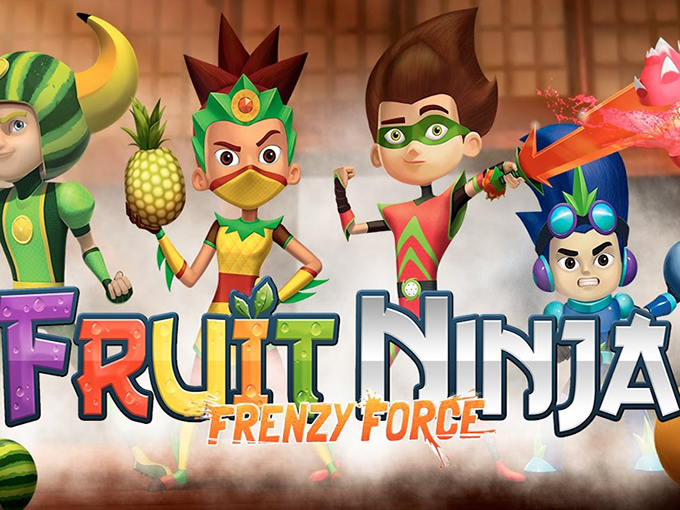 YouTube Red Originals next Kids production Fruit Ninja: Frenzy Force lands on the SVOD service May 5. The launch follows the release of its first children’s series, Kings of Atlantis earlier this month.

The 13-episode animated series is inspired by the popular gaming app Fruit Ninja, which has amassed more than one billion mobile downloads. The show will be available exclusively to YouTube Red subscribers on YouTube and the YouTube Kids app as a part of YouTube Red’s first crop of kids originals.

It follows the origin story of four Fruit Ninjas who are running a juice stand as a front for their secret dojo. Seb, Niya, Peng and Ralph open a time portal that brings a 1,000-year-old ninja into the modern world who the quartet must defeat.

The animated show is produced by the Fruit Ninja game creator Halfbrick Studios, in partnership with Toonz Entertainment and Kickstart Productions.

YouTube announced in February at Kidscreen Summit that YouTube Red would be launching its first four originals series for kids.