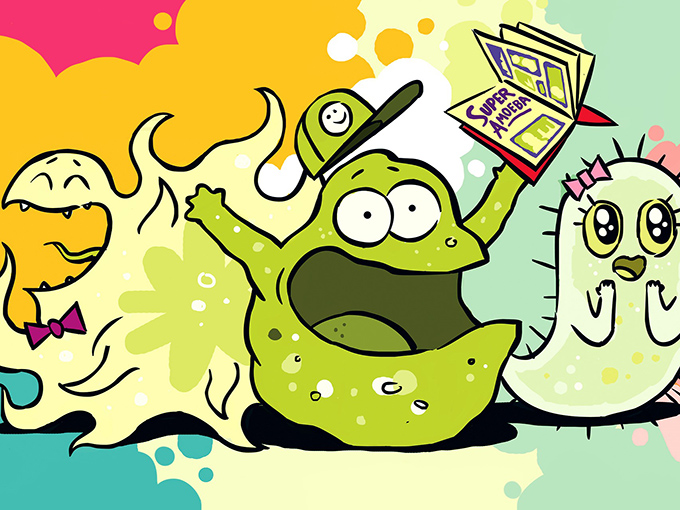 Commissioning broadcaster Gulli will bring the series to its channels in Russia and Africa later this year.

Cottonwood Media is bringing its upcoming animated series Squish to Russia and Africa following a new deal with the show’s commissioning broadcaster, Gulli.

Developed by John Derevlany (Lego: Legend of China, Johnny Test), the series is currently in the middle of production and will premiere on Gulli Girl in Russia and Gulli AFRICA later this year.

The slapstick comedy aimed at six- to 11-year-olds follows the secret life of amoebas looking to survive in the cutthroat world of single-cell organisms. It is based on the bestselling graphic novels by Jennifer Holm and Matthew Holm. More than one million copies of the six-book series have been sold to date, and publisher Random House Children’s Books plans to release a new title on a yearly basis.

Launched in 2015, Cottonwood Media is a sister company to distributor Federation Kids & Family.