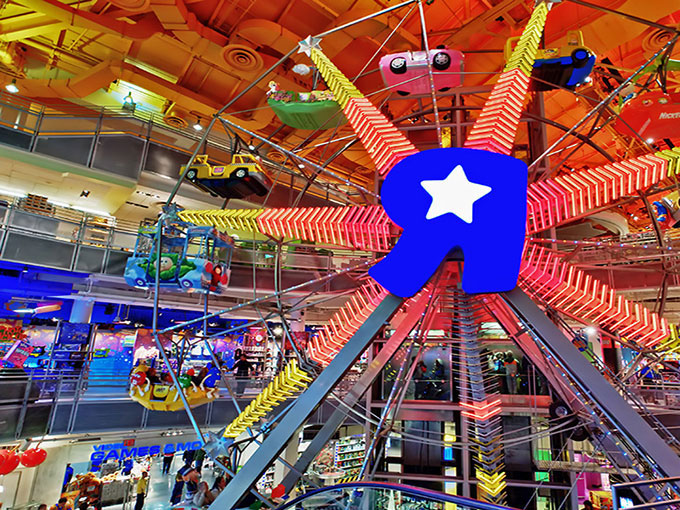 Toys “R” Us combines its Japan and Asia businesses

The global toy retailer is consolidating its businesses in Japan, Greater China and Southeast Asia as part of a joint venture with Hong Kong-based Fung Retailing Limited.

Toys “R” Us is unifying its Japanese business with its ventures in Greater China and Southeast Asia.

Under a new joint-venture agreement with Hong Kong-based Fung Retailing Limited, Toys “R” Us Japan— which operates 160 stores in the country—will be consolidated into Toys “R” Us Asia.

The combined business will now be roughly 85% owned by Toys”R”Us, with the remaining percentage held by Fung Retailing. (The two companies have been working together in the region since 1985.)

Toys “R” Us Asia  and its subsidiaries operate 223 stores in Greater China and the Southeast Asia markets. This includes stores in Brunei, China, Hong Kong, Malaysia, Singapore, Taiwan and Thailand. Toys “R” Us Asia also licenses an additional 34 retail locations in the Philippines and Macau.

According to the toy retailer, the consolidation will allow the company to streamline operations and accelerate innovation. A strengthened focus on Asia-Pacific operations in particular makes sense for Toys “R” Us, as the region has been a source of growth for the company.

Toys “R” Us will announce its fourth quarter 2016 earnings on April 13.