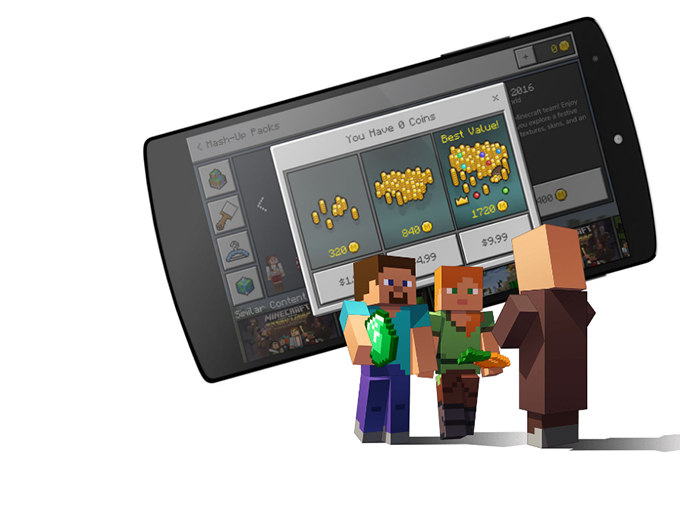 Microsoft-owned Minecraft will let third-party developers sell content within a new in-game store for the first time ever.

For the first time in its eight-year existence, user-generated gaming phenomenon Minecraft from Microsoft-owned Mojang will allow independent third-party developers to sell their original creations. The new in-game store will house levels, characters and textures, which can be bought with virtual coins by the platform’s tens of millions of players.

Set to go live this spring as part of the game’s Discovery Update, Minecraft Marketplace will be available to players on Windows 10 Edition, the Oculus Rift virtual reality platform and iOS and Android mobile devices.

Using virtual wallets in free Xbox Live accounts, players will be able to buy creations priced between about US$1 and US$10 per item using Minecraft Coins bought through in-app purchases on their devices.

After a public beta launch to test the coins on Android in mid-April, the new content will hit the marketplace and submissions will open up to anyone with a registered business.

To ensure the content is kid-friendly, Microsoft will curate and vet every submission. And under a rev-share model, Microsoft assures that creators will receive more than 50% of revenues, with app stores taking a requisite 30% cut.

The new model marks a major change for Minecraft, but also continues an earlier monetization strategy.

A store within the game previously launched and is still open, but is limited to items only created by the Minecraft development team.

In addition, Minecraft first launched in-app purchases two years ago in the form of paid skin pack add-ons for the mobile game, but these, too, were quite limited.

The new marketplace and coins arrive on the heels of competitor Roblox closing US$92 million in funding and launching a new payout structure giving developers the opportunity to earn up to US$1.6 million per year.