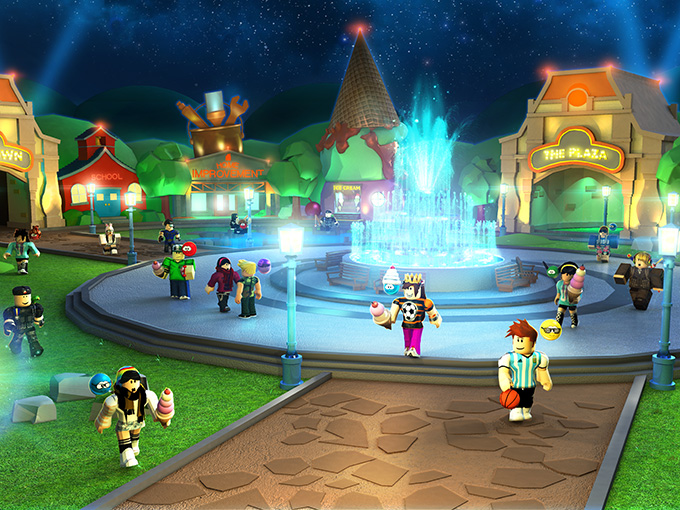 Despite some high-profile stumbles, virtual worlds are, in fact, booming—and seeing a bright future in mobile.

Even though it’s been 10 years since Club Penguin co-founder Lance Priebe sold his virtual world to Disney for US$350 million, he still sees things in black and white. Priebe gets a kick out of approaching those in their late teens and early twenties and bluntly asking what their favorite Penguin once was—and nearly every single time, he gets an answer. That’s because an estimated 300 million Club Penguin avatars have been made, and in its heyday in 2009, more than 60% of US kids were well aware of the virtual world.

But that was then, and now kids digital media consumption is a whole different animal. In fact, even while a number of web-first virtual worlds attract tens of millions of users every month, nothing is moving as quickly as mobile access to their platforms. And the space will only continue to evolve in order to better fit the changing needs of today’s players.

This shift to mobile, and its inherent challenges, were brought to light earlier this year by Disney’s decision to shutter Club Penguin and relaunch the brand as a mobile-only game entitled Club Penguin Island. Debuting late last month, Island wasn’t exactly a surprise for Priebe, given the unavoidable march to mobile.

“Virtual worlds are not going anywhere. In fact, they are only going to get bigger. I actually think we just scratched the surface in the early 2000s,” says Priebe, who left his role as SVP of production and creative at the House of Mouse in 2010 to open Kelowna, Canada-based gaming studio Hyper Hippo Productions in 2012. He says the Disney Club Penguin deal had the potential to earn out US$700 million, which was not achieved partially because of a slower than expected expansion into new global territories. “The problem Disney also faced with Club Penguin was how to engage new players in a web-browser version. So they built a mobile one, even if the original audience has stayed loyal.”

“Virtual worlds are how and where kids express imagination. There’s a lot of health in the ecosystem, but it needs to continue to evolve.”

In the case of Club Penguin and other legacy virtual worlds, that loyal web audience has grown up, becoming teenagers and even parents themselves. While a chunk of today’s kids are paying subscriptions and buying virtual currency, they expect more for their money, whether it’s multiple access points, enhanced user-generated content tools or more communication options.

“It’s just like YouTube, Twitter and Snapchat. Kids want an online identity, and playing in a virtual world as a character resonates with that,” Priebe says. “Club Penguin was one of the first digital sandboxes where users came in and played, waddled around, attended parties, collected items and took part in role-playing.”

Those core elements that made Club Penguin a market leader aren’t going away in the mobile-only version, though the brand is making a point to carve out a more modern identity, according to Lisa Anderson, senior director of product operations at Disney Consumer Products and Interactive Media.

“We’ve taken legacy classic elements from the original Club Penguin, which include community, a parent-trusted environment and a quirky tone. For example, a player can either eat pizza or dress up as a slice. Self-expression has always been a key pillar,” says Anderson.

But motivating a decade’s worth of subscribers to relocate to a mobile-only version does come with challenges. In addressing them, Disney allowed existing subscribers to pre-register their user names on the app ahead of the desktop version’s closure. They were also given alumni jackets to show off the number of years they’ve been a Club Penguin member.

“We recognize that things from the desktop version won’t translate. Our community is engaged and vocal, and they will let us know when they like or don’t like something,” she says. This user base helped Disney learn the importance of making mobile a priority after Club Penguin’s 2015 initial app extension “did just OK,” says Anderson. In a completely redesigned concept, Island keeps users in one environment, rather than moving from room to room. It also has pre-canned communication tools to foster the social element of the brand.

“Mobile apps can be perceived as disposable,” Anderson says. “But virtual worlds offer a level of persistence and belonging to a community that is appealing to kids.”

Among Club Penguin Island‘s competitors is Animal Jam. The virtual world launched by WildWorks in collaboration with National Geographic in 2010 has attracted 75 million registered users to date, and currently draws more than 4.5 million players per month between its mobile and web platforms. And those numbers are steadily increasing, says WildWorks CEO Clark Stacey.

“Our growth has been different from Club Penguin and Mind Candy’s Moshi Monsters. They both saw meteoric rises early on, with Moshi Monsters then experiencing a precipitous user drop-off and Penguin having a more gradual one. And it’s because they didn’t navigate the switch to mobile and other social features very well,” Stacey says.

At US$6.95 per month, Animal Jam lets subscribers toggle between its web and mobile versions using the same login information, as social identity is a central component to virtual worlds. Launched in September 2015, Animal Jam’s freemium mobile version was the top-grossing app among nine- to 11-year-old Americans in the Apple App Store last year. 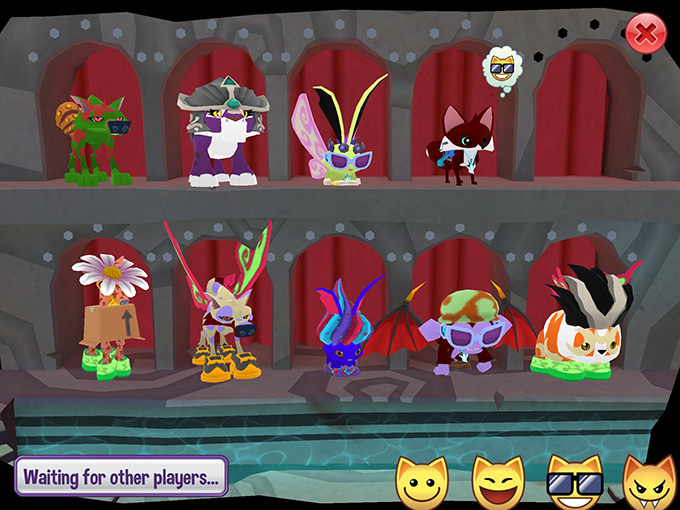 The web is still very much a key element of the world, though. In fact, Animal Jam’s desktop version still has three to four times more users than mobile. But Stacey anticipates this ratio will shrink significantly by this summer.

“Desktop versions are still viable, but there needs to be a 360-degree experience. We view Animal Jam as a digital entertainment platform. We deliver animated videos that are educational, and we have an art exchange platform,” Stacey says. “If kids are just running around as avatars and chatting with one another, then the novelty wears off. It needs to be more than just a virtual world.”

To that effect, Animal Jam has been bolstering its licensing strategy. Branded toys first launched in June 2016 with a Walmart exclusive, and more items debuted at Target and Toys”R”Us last month. The line ranges from small animal collectibles to larger play sets and figures that are representative of the platform’s avatars, and they come with codes that can be redeemed virtually. On top of subscription revenue, Stacey hopes licensed merch will be a main driver in Animal Jam’s monetization plans.

As for the former, the subscription model shows few signs of waning—even if the number of minutes kids actually spend playing on virtual worlds is dropping.

“Subscriptions and micro-transactions are still the largest drivers of revenue for virtual worlds,” says Scott Steinberg, an analyst at Missouri-based TechSavvy Global. “The community will pay. But the old worlds used to keep kids in front of desktops for hours on end. Kids now socialize in more self-contained experiences. They will check into these platforms for shorter periods, but still numerous times daily.”

Mobile particularly speaks to this new form of engagement, says Steinberg, who predicts more old-school worlds will reboot themselves to meet kids where they are.

The 11-year-old user-generated gaming platform lets avatar-clad users play games created by others in the Roblox community. And to promote independent game creation, the company pays up to US$140,000 per month—or a whopping US$1.6 million per year—to young, ambitious developers of the site’s most popular games. Roughly 1.7 million creators have churned out 22 million games on the platform, which attracts 48 million active users monthly.

“Roblox is like Halloween for kids. They become anyone they want to be and customize these images of themselves that are unique,” says Tami Bhaumik, VP of marketing at Roblox, adding that the free-to-download, platform-agnostic world has especially taken off in the last 18 months. (Roblox monetizes through a virtual currency called Robux, which kids can use to buy things like avatar clothing or power-ups for games.)

Aside from financially rewarding creativity—one 17-year-old sent the company a picture of himself standing next to the silver Tesla he bought with his earnings—Bhaumik attributes growth to Roblox’s COPPA-compliant chat function. Under-13s, for instance, have canned words and phrases they can send to their friends while they play different games.

“Virtual worlds are how and where kids express imagination. There’s a lot of health in the ecosystem, but it needs to continue to evolve. The ability for cross-platform support is critical. For us, mobile is the fastest-growing segment,” she says, adding that Roblox’s VR presence is growing quickly, too. Extensions have already been made for Oculus Rift, with other VR platform launches expected soon.

“If you want to talk about immersion, nothing is more real than VR. We are platform-agnostic, meaning you can access Roblox from Oculus, to iPads and gaming consoles,” Bhaumik says.

Abhi Arya, partner at UK-based Sandbox & Co., has also received the cross-platform memo. His company purchased Poptropica in May 2015 from Boston-based education company Pearson. The virtual world was original conceived by Diary of a Wimpy Kid author Jeff Kinney as an environment for tweens to explore islands and various quests, and it drew close to seven million monthly users at its peak in 2011. Currently, roughly three million kids visit Poptropica every month, but Arya expects a complete product refresh will significantly increase this number by the end of 2017.

“We created a new experience that is mobile-first,” Arya says. “Traditional Poptropica is click-based. But the new mobile-friendly version called Poptropica Worlds empowers kids with more choices to create their own islands.”

Like its competitors, newly launched Poptropica Worlds allows integrated membership across its different versions, and unlike Club Penguin, the web version of Poptropica is still available. What remains limiting for Poptropicans, however, is the fact that the world is only offered in English—something Arya would like to change. “We want to make Poptropica Worlds more global. We are seeing active users coming from 200 countries.”

While geographical expansions and mobile momentum are critical to a virtual world’s survival right now, Arya believes the genre’s future will be impacted by augmented reality, thanks to its promotion of real-life collaboration, exploration and collection. Priebe, meanwhile, shares Bhaumik’s belief that virtual reality will be a huge game -changer.

“VR’s natural state is in fact a virtual world,” Priebe says. “Three or four years from now, everyone will have a headset. But as it relates to virtual worlds, no one has built anything just yet.”