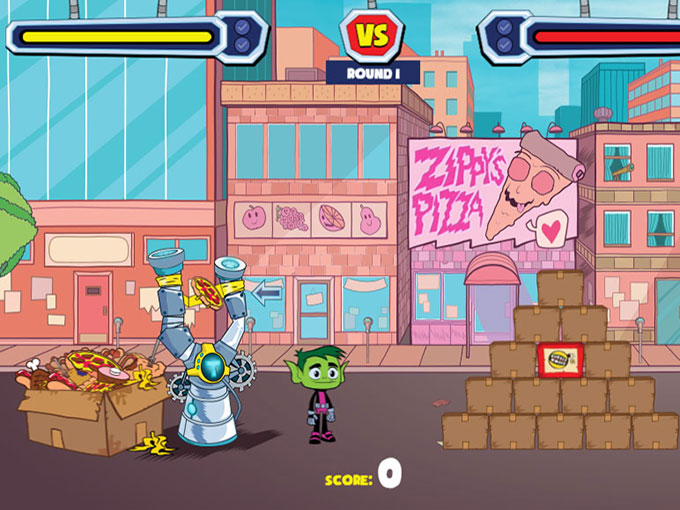 With partners Mattel and The Lego Group on board, the April-long promotion from WBCP and DC Entertainment focuses on digital channels and retail.

The campaign—which will run throughout April—is designed to engage new and existing fans with their favorite characters from the DC universe.

DC Kids Super Hero Month kicked off on March 31 with an all-new episode of the original YouTube series DC Kids. A new episode will be released each week throughout the campaign, with content focusing on superhero themes like “Acts of Wonder,” “Call for Creativity” and “Super Smarts.” There will also be three new games from Justice League Action and Teen Titans Go! (pictured).

Additionally, the interactive initiative will feature challenges and activities along with new content across multi-digital channels and social media. The challenges are designed to teach fans what it means to be a superhero, with weekly activities focused on leadership, strength, kindness, creativity and friendship.

The initiative is supported by partners including Mattel, The Lego Group and Rubie’s Costumes. Retailers like Target, Toys “R” Us, Walmart and Amazon will also provide in-store and online support to DC Kids Super Hero Month.

Finally, fans participating in the DC Kids Super Hero Month will have the opportunity to win a grand prize of DC Super Hero Girls, Teen Titans Go! and Justice League Action products in the campaign’s sweepstakes that will be featured on DCComics.com and promoted on DC Kids’ social media platforms.