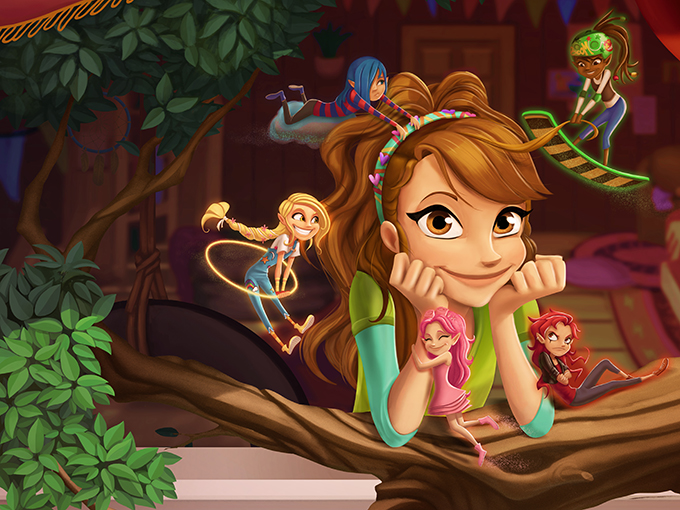 Among the net's new originals are Dog and Pony Show from Little Airplane and Viva Viravento from Oscar-nominated Brazilian filmmaker Alê Abreu, which join previously announced series like Floribella (pictured).

Currently celebrating its 20th anniversary and pan-regional position as a leading preschool net among children four to 11, Discovery Kids has redoubled its development efforts announcing new projects with the likes of Little Airplane Productions and Oscar-nominated Brazilian filmmaker Alê Abreu.

In a multi-title development deal with New York-based Little Airplane, the network is currently working with multiple Emmy winner Josh Selig (Wonder Pets!, P. King Duckling) on Dog and Pony Show (working title). The comedic series follows the adventures of two quirky characters who decide to give big city life a go after realizing they don’t belong in the animated world of Rainbow Fjörd.

Another newly announced project is Viva Viravento, an original series from Abreu, who earned a 2016 Oscar nomination in the Best Animated Film category for his feature The Boy and the World. In partnership with audiovisual studio Mixer, the imaginative and poetic series follows main character Viva’s search for a secret world only accessible through her favorite sketchbook.

In addition, new series Baby Rockers (working title) is expected to premiere in the second half of 2017. From MundoLoco CGI, one of Latin America’s biggest animation studios founded by Campanella, the series features a cute band of multicultural music-loving babies and stresses the importance of recognizing different rhythms, melodies and musical genres and instruments.

As for TV movies, Spirit: Stallion of the Cimarron, the Shrek trilogy, Wallace & Gromit: The Curse of the Were-Rabbit, Madagascar and Puss In Boots will also be joining the network’s programming.