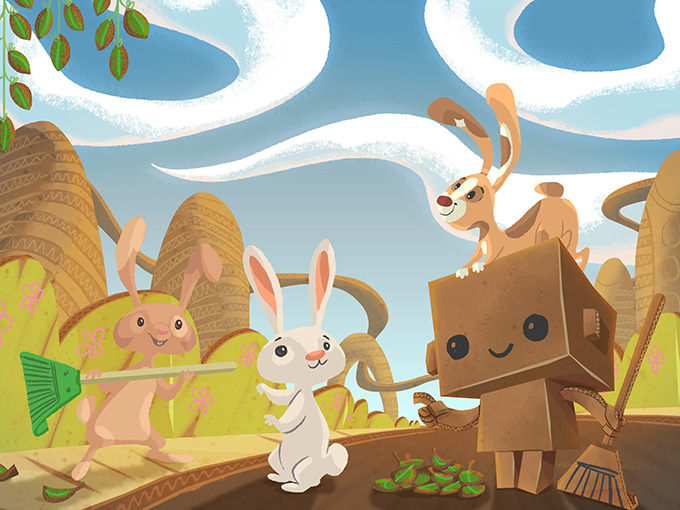 After dipping its toes into the kids pool with PBS KIDS series Ready Jet Go!, Wind Dancer Films is now treading much deeper into family content.

The California-based prodco behind Roseanne and Home Improvement has announced an ambitious new slate that comes in all varieties—from preschool animation to YA book adaptations—though Wind Dancer principal Dete Meserve says there is one commonality in place.

“Kids content comes without the pressures that adult programming puts on you to be edgy,” says Meserve, who was tapped to lead the company’s push into children’s content last March. “Here, we can really employ character humor and we know at the same time we get the opportunity to teach. We’re not just a company doing preschool and animation, but are also looking at live action, which is certainly our history and legacy. We’re even looking forward to doing things in stop-motion animation.”

The company has also partnered with Canada’s Muse Entertainment to create a live-action TV movie and series for tweens called Hello, I Love You. Also with Muse, Wind Dancer is turning Meserve’s book, Good Sam, into a film for The Hallmark Channel.

In fact, the focus on STEM is born out of the success of Ready Jet Go!, which is heading into its second season.

“We realized that science is not just a subject but many, many topics rolled into one that affect our lives every day,” says Meserve. “We have been able to make one show a success and we would like to be able to do it again and again.”

In terms of Ready Jet Go!‘s initial take-off, the series has already inspired an app that has been downloaded more than half a million times, and Meserve says Wind Dancer’s upcoming shows will likely feature mobile extensions, too.