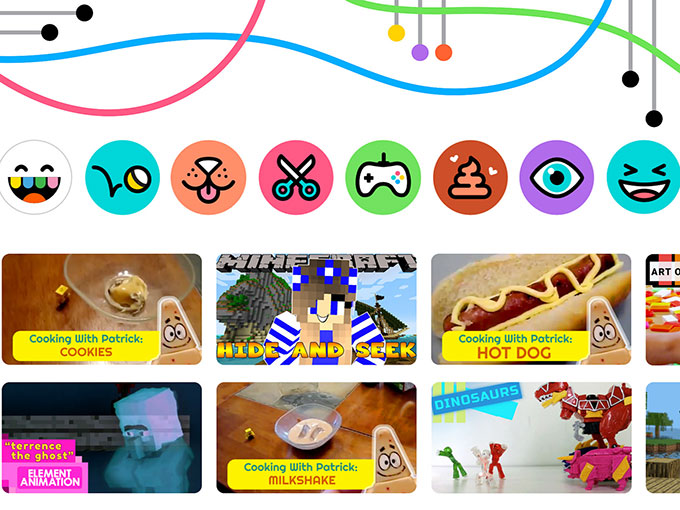 Toca Boca CEO Bjorn Jeffery gives Kidscreen the exclusive details behind his company's decision to shutter its SVOD service after less than a year on the market.

Toca TV, the SVOD service launched by Spin Master-owned Toca Boca last year, will cease operations on March 31 in a move that shows the thorny reality of the mobile subscription model.

Aimed at kids ages five to nine, Toca TV marked the Swedish app developer’s first foray into kids video, offering thousands of pieces of licensed content and a raft of exclusive originals. Following a June debut in Canada and a global rollout four months later, Toca TV was quick to secure third-party deals with leading MCNs like DreamWorksTV and BroadbandTV, while also partnering with 100-plus indie creators.

But according to Toca Boca CEO Bjorn Jeffery, nine months after the launch, things weren’t falling as easily into place on the subscription front.

“While we saw a lot of engagement with our content, the subscription model was new for us. And that was more challenging than we anticipated,” Jeffery says. “We did marketing activities, media buys and also cross-promotion in our own apps. A lot of people looked at it and appreciated the content, but it’s a model that takes time to build, and we foresaw difficulties to sustain a targeted level. Once we realized that, we made the decision to shut things down.”

The Brooklyn-based studio that houses Toca TV will still be in operation once the app shutters later this month, though the four employees who work on the platform’s tech functionality will leave the company. The remaining Toca TV staff members who are responsible for content will remain on in other capacities. Among them is former Sesame Workshop creative director J Milligan, who was tapped to head up the Toca TV initiative in April 2015.

While Jeffery remains tight-lipped on how exactly original video content will resurface in other Toca Boca properties, he’s not holding back on the current strong performance of the company’s paid app business, which has swelled to include 36 mobile games and 150 million downloads.

“From an app perspective, we’ve never been stronger. We are 15% up in terms of revenue compared to this time last year, and are at an all-time sales high for this period,” he says. “The core part of the business is doing really well.”

Of course, it was Toca Boca’s strength in the children’s app space that led Spin Master to acquire the company, along with Sago Mini, last April—exactly a year after Toca TV first set up shop in New York. Jeffery knew from the onset that introducing a whole new SVOD service came with its risks, but felt support from his parentco both in terms of Toca TV’s launch and closure.

“Spin Master in this case had nothing to do with Toca TV’s end,” Jeffery says. “This was driven by Toca Boca’s management team, and the acquisition didn’t factor in. Sometimes we make larger bets, and sometimes they work and other times they don’t. It is not always easy to read the market and know what to do.”

For now, the company is doing what it does best—it’s 37th app will be launching on April 13, and will feature the same type of open-ended play as its predecessors in the Toca Life series.

“We are always grateful for our fans and will try to make sure we learn from the Toca TV experience,” Jeffery says. “It’s still obviously a disappointment.”