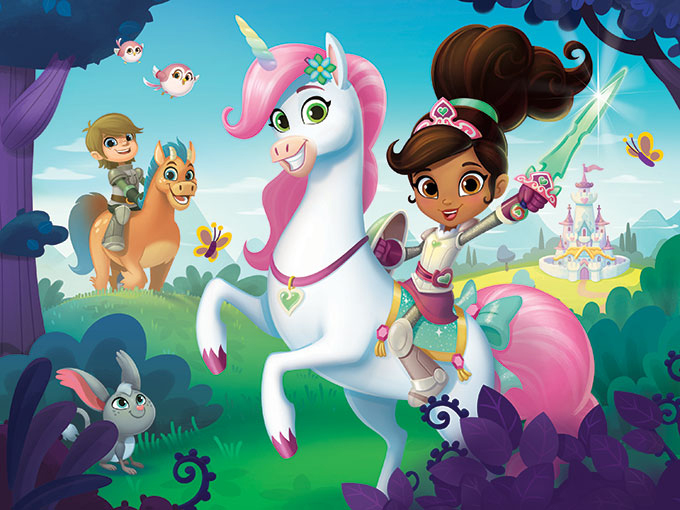 UK-based Vivid Group will act as the exclusive master toy licensee for Nickelodeon's girl-skewing preschool property outside of the US.

Categories covered in the deal with Nickelodeon & Viacom Consumer Products (NVCP) include dolls, figures, playsets, plush and role-play toys. The products will launch globally next spring.

Nella the Princess Knight premiered in the US last month and will launch on international Nickelodeon and Nick Jr. channels in April. The 40 x half-hour series follows eight-year-old Nella as she embarks on daring quests to save her kingdom.

The series features a social-emotional curriculum that promotes empowerment, inclusiveness and compassion for others. Robert Vargas (head writer for Zack & Quack) serves as executive producer on the show created by Christine Ricci (curriculum advisor for Blaze and the Monster Machines and Dora the Explorer).