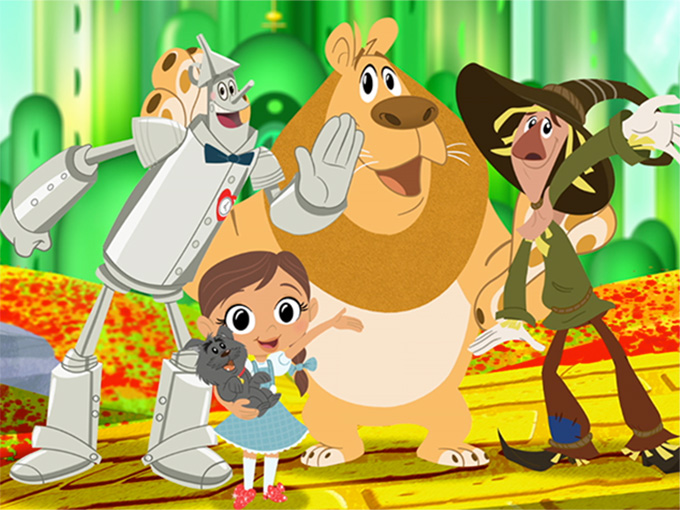 Commissioned for Boomerang’s new US SVOD service, Dorothy & the Wizard of Oz (pictured) and Wacky Races will premiere globally on linear TV this June.

On top of making their debut on Boomerang’s brand-new US SVOD service this spring, WB Animation original series Dorothy & the Wizard of Oz (pictured) and Wacky Races are also slated to join Boomerang’s global linear TV channel in June.

The two series will be available in the US exclusively on the SVOD, which will house more than 5,000 titles spanning Hanna-Barbera, Looney Tunes and MGM Animation. The addition of the shows internationally, meanwhile, is part of Boomerang’s plan to build the linear channel as a second flagship to Cartoon Network across global markets. With a reach of 126 million homes, Boomerang International currently has localized services in Europe, the Middle East, Africa, Asia Pacific and Latin America.

Dorothy & the Wizard of Oz, a comedic fantasy series based on the L. Frank Baum book series, follows the titular character after she has defeated the Wicked Witch and is appointed the Princess of Emerald City.

Wacky Racers, a reboot of the slapstick Hanna-Barbera series, follows Penelope Pitstop, a formidable racer who helps save others.