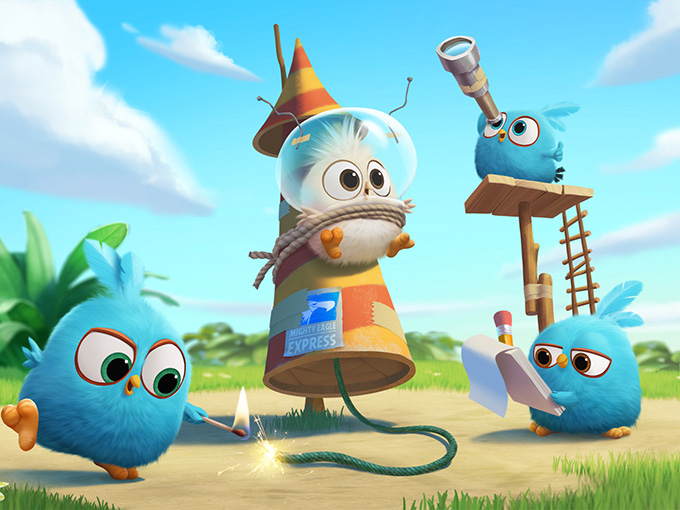 Finland-based Rovio has released its 10th animated comedy, Angry Birds Blues, which is based on the characters from The Angry Birds Movie.

Co-produced with Canada’s Bardel Entertainment, non-dialog Angry Birds Blues is aimed at six- to 12-year-olds and will be distributed worldwide by London-based CAKE.

The 30 x 2.5-minute series debuted March 10 on Rovio’s kid-friendly ToonsTV service. It follows bluebird triplets Jake, Jay and Jim as they get into mischief on Bird Island. Viewers of The Angry Birds Movie got a first glimpse of the series in a teaser that has now been viewed more than 40 million times online.

CAKE plans to officially launch the series at next month’s MIPTV in Cannes, France, where the company will also screen new episodes of Piggy Tales: 4th Street.