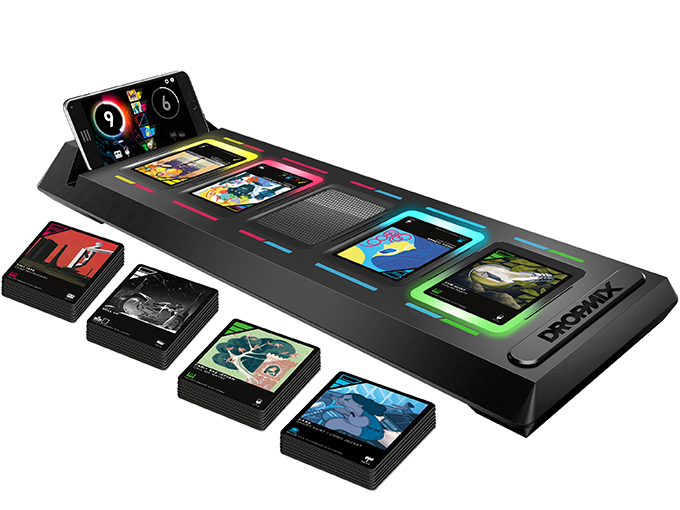 Launching globally at major retailers in September for US$99.99, the gaming system includes an electronic board and 60 NFC-chipped cards spanning multiple music genres.

Players will be able to download the accompanying Dropmix app for free on both the Apple App Store and Google Play. Once a card is placed on a mix slot, the electronic board instantaneously begins playing the corresponding part of the song (bass, beat, loop or vocals). Up to five cards can be read at a time, and the app’s software mixes the music accordingly.

Dropmix songs include “Take Over Control” by Afrojack (ft. Eva Simons), “24K Magic” by Bruno Mars, “Closer” by The Chainsmokers (ft. Halsey), “Sing” by Ed Sheeran, “Centuries” by Fall Out Boy and “I Want You Back” by The Jackson 5.

Tapping into the red-hot collectibles trend, Hasbro will release additional 16-card playlist packs for US$14.99 and five-card discover packs for US$4.99 throughout the year. A total of 300 Dropmix cards will be available in 2017, offering millions of music-mix combinations.