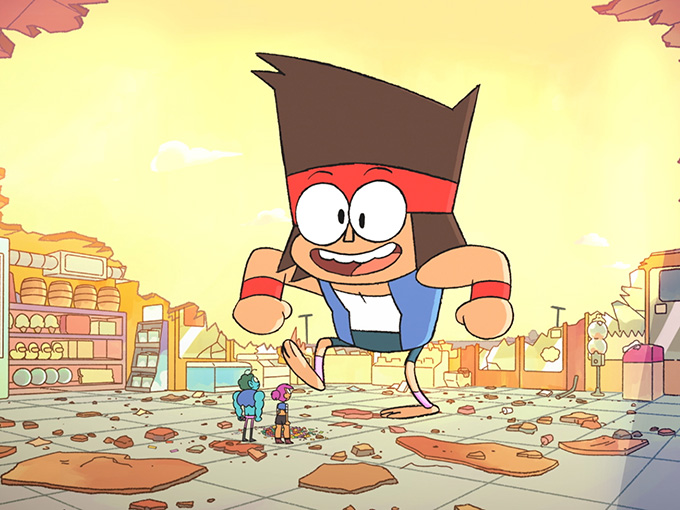 New original series OK K.O.! Let’s Be Heroes premieres this summer in the US, and will be followed by a console game in the fall.

As the gaming world continues to influence linear TV content—and vice versa—Cartoon Network has been taking note. The kidsnet has launched OK K.O.! Let’s Be Heroes, a new original animated series that will launch with a corresponding console game.

The series, created by Ian Jones-Quartey (Steven Universe) and produced by Cartoon Network Studios, follows main character K.O. in a video game-inspired universe. K.O. and his friends try to outdo each other and beat Lord Boxman, who wants to destroy the plaza in which they live.

OK K.O.! Let’s Be Heroes will premiere in the US this summer before rolling out to global markets.

Developed by CN and Capybara Games, the console and PC game, meanwhile, will be available this fall.

Mobile game OK K.O.! Lakewood Plaza Turbo, based on Ian Jones-Quartey’s short of the same name, was released last year. It was one of CN’s first original mobile properties, and was the main inspiration behind the new show and console game.

A preview of the concept will be available at PAX East today, followed by a sneak peek of the show at SXSW on March 13.

The move follows CN’s continuing digital efforts, which include working with You.i TV to adapt the Cartoon Network App and launching a special crossover short digitally.