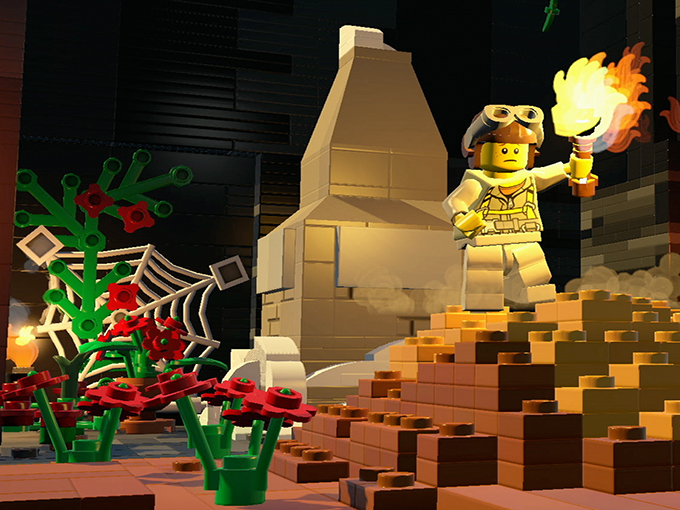 Warner Bros. Interactive Entertainment, TT Games and The Lego Group have officially launched their new user-generated video game that speaks to the resounding success of open-ended building platforms like Minecraft.

The game lets users imagine, build, paint and shape a variety of fantastical environments, while also interacting with and helping other Lego characters along the way.

Other features include online multiplayer functionality and assorted of vehicles and creatures, which range from gingerbread men riding elephants, to cave women scaring polar bears.

In addition, PlayStation 4 will offer an exclusive Lego Agents pack featuring new characters, vehicles and weapons for a limited time.

Meanwhile category leader Minecraft, from Microsoft-owned developer Mojang, has sold more than 122 million copies. In fact, 22 million people have purchased a copy of the game in the last nine months, according to Mojang.

Lego has also seen continued success on the software front with its toys-to-life Dimensions brand, which was the only property to deliver year-on-year growth in the US computer and video games industry’s accessories category in 2016, according to the Entertainment Software Association (ESA) and market researcher The NPD Group.