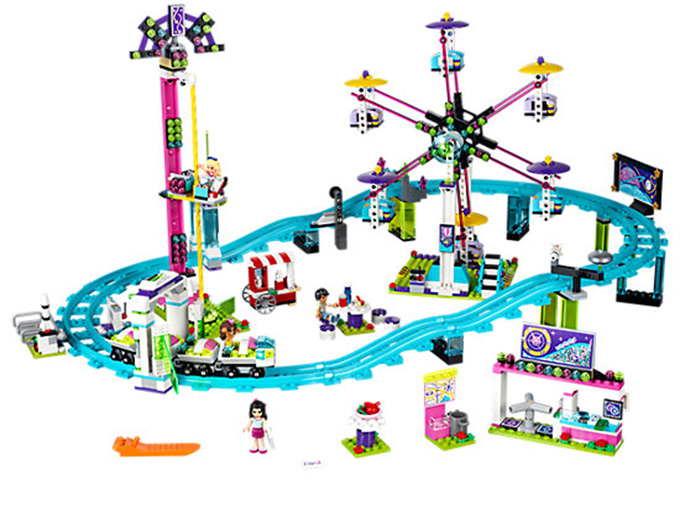 Lego’s win comes on the heels of launching a social network for under-13s, The Lego Batman Movie reaching number one at the box office and a new line of consumer products. Amusement Park Roller Coaster also showed up on both Amazon’s and the UK Toy Retailer Association’s prediction lists for the best holiday toys.

Spin Master’s Hatchimals, which recently won the UK Toy Industry Association’s Toy of the Year Award, was given the Innovative Toy of the Year Award at the stateside ceremony. Another big winner of the night was Funko’s Pop! figurines, which scored the People’s Choice Award. (Winners were selected from a pool of 700 finalists that were nominated by 25 judges, including toy and play experts, retailers, academics and journalists.)

This year’s winners include:

Active/Outdoor Toy of the Year – Bunch O Balloons from Zuru

Collectible of the Year – Pop! from Funko

Doll of the Year – Barbie Fashionista Doll from Mattel

Game of the Year – Yeti in My Spaghetti from PlayMonster!

Innovative Toy of the Year – Hatchimals from Spin Master

License of the Year – Paw Patrol from Spin Master

Rookie of the Year – 3DoolderStart Essentials Pen Set from WobbleWorks

Tech Toy of the Year – CodeGamer from Thames and Kosmos