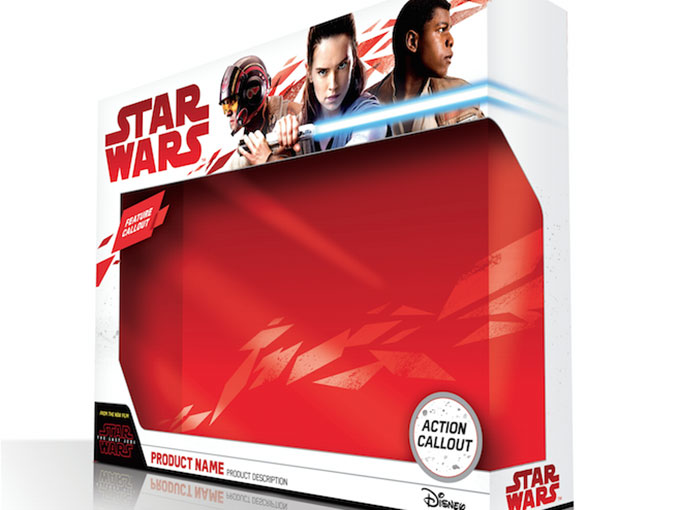 Following Disney's immensely popular marketing stint for The Force Awakens, September 1, 2017, has been earmarked for the launch of Star Wars Force Friday II.

Now, with The Force Awakens brand still paying dividends at retail, the House of Mouse has marked off September 1, 2017, for the launch of Star Wars Force Friday II. The global fan event will celebrate the debut of new products based on Star Wars: The Last Jedi, which hits theaters on December 15.

Toys, collectibles, books and apparel will go on sale beginning at 12:01 a.m. on September 1, with global retail outlets opening for a weekend-long celebration of all things Star Wars.

The first Force Friday united fans across five continents under an 18-hour global live unboxing event that revealed toys from The Force Awakens. Aside from attracting millions of views on YouTube, the campaign led hundreds of thousands of fans to turn up at participating stores at the stroke of midnight.

According to market research firm The NPD Group, Star Wars was the number one toy property in the US for 2016 and 2015, and that US$1 for every US$11 spent on toys during the September week of Force Friday was on a Star Wars item.

Additionally, the popularity of the movie propelled Star Wars to the top 10 toy list for both boys and girls for the first time ever in 2015, according to NPD. As for Disney, the theatrical success of The Force Awakens led the company to post record-breaking quarterly earnings of US$2.9 billion in Q1 2016. During that time, sales within Consumer Products & Interactive Media clocked in at US$1.9 billion–an 8% increase.

Details of how fans can participate in Force Friday II will be revealed closer to the event. Just like in 2015, products for The Last Jedi will be kept under wraps until September 1, though Disney has said the new line will build on the success of products like Sphero’s BB-8.

The company has also teased new packaging for its upcoming toy line that features lead characters Poe, Rey and Finn.