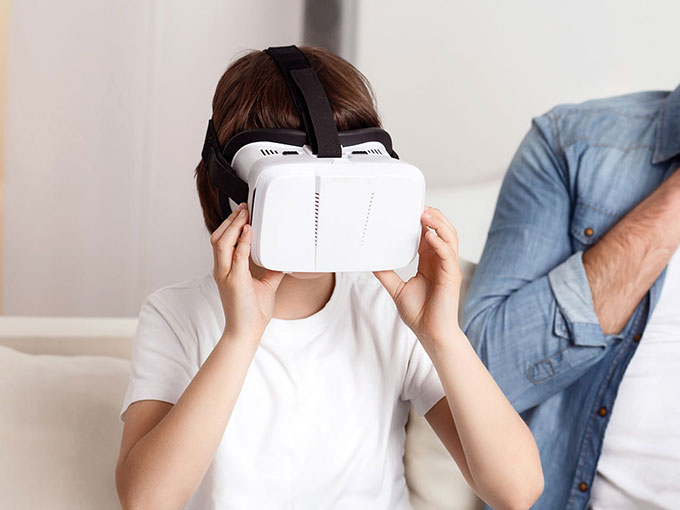 The CEO of the Dubit-incubated company has raised cash to create mobile VR games and is heading to Kidscreen Summit to find popular IPs for new apps.

While it may not be in turbo mode just yet, the virtual reality space has been growing steadily over the past year—capping off 2016 with US$2.7 billion in global revenue. And with the increasing introduction of apps like Playing Forward’s kid-centric AR and VR platform, Mattel’s partnership with Littlstar VR and an MIT accelerator kicking into gear, the kids space is in the center of the action.

XRGames—a new gaming studio launched by UK-based kids entertainment and research company Dubit—is looking to zero in even further, having raised a seven-figure investment round to spend directly on developing a suite of kids VR apps.

“VR provides a sense of presence and immersion unlike any other medium out there, and this is one of the reasons we’re so bullish on it essentially becoming the next big platform,” says XRGames co-founder and CEO Bobby Thandi.

While Thandi wouldn’t disclose the exact amount his company has raised, he says the funds will go towards building cutting-edge mobile VR games. And he’s starting his search for content to license at Kidscreen Summit, taking place in Miami next week.

“Preschool kids are a no-no, but the majority of VR practitioners believe kids eight and above are fair game,” says Thandi. “So what I’m looking for at Kidscreen Summit is a well-known IP with an established merchandise line that is considering a VR app.”

Thandi says he doesn’t want to build tech that is solely dedicated to kids, especially younger ones, since there are no real guidelines in the space at the moment.

“Dubit is currently conducting research with medical professionals and a number of kids entertainment companies about the best practices for VR and children, and we want to come out with a list of recommendations that we can go to the government with, instead of waiting for legislation to impose regulations on us,” says Thandi. “We’ll be sharing some of these insights at an event with Google in March.”

Even without standard regulations, Thandi doesn’t think it will be long until the technology breaks into the mainstream market—and when it does his company will be waiting.

“To me, it feels like we’re all in the first stage of virtual reality,” he says. “Everyone in the space is trying to figure out what works well and what doesn’t, and the killer VR experience in gaming, film and TV is still yet to be made. I think that is what makes the space so exciting.”

VR is already shedding connective wires and bulky headsets, aspects that Thandi believe will help put the technology in the hands of more users, which is why he is looking exclusively at mobile VR right now. Plus, there are expected to be more than six billion people worldwide  with smartphones by 2020, making the cost of entry much lower than console-based offerings like Playstation’s current model.

The VR indsutry has changed immensely over the past year, gaining some ground, but there is still some hesitation among big companies to jump in with well-known IPs.

“What I’m finding is major brand owners of kids properties are hesitant to spend money on a VR app because they’re so unsure of the market and what’s going to be successful,” says Thandi. “It’s far too early, and they want to let others go ahead of them so their investment is not at risk of falling short.”

Since Thandi already has the money to build the technology, he is thinking ahead to how it will become profitable.

“I see two revenue streams here: one is through in-app purchases for the VR app, and the second is the sale of branded cardboard VR headsets,” says Thandi. “This is not only a secondary revenue stream, but it also ensures that when a child gets hold of a branded cardboard headset and downloads a free app, there’s no barrier to them consuming the content.”