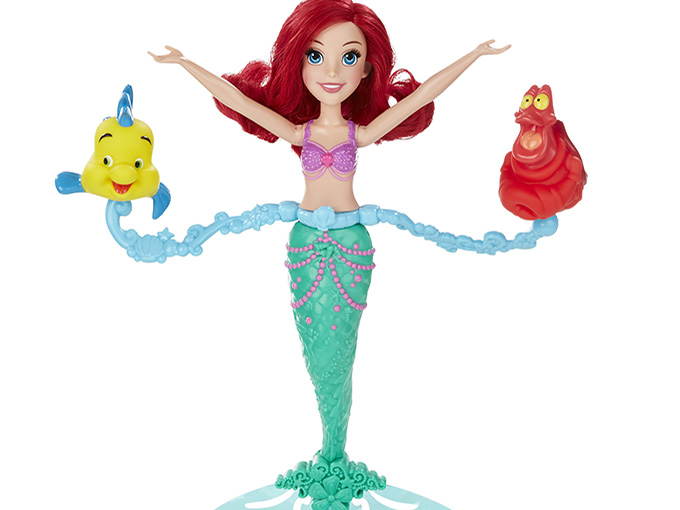 Hasbro’s 2016 acquisition of the Disney Princess and Disney Frozen licenses, as well as overall gains in its Girls category, led to a stronger-than-expected 2016 for the Rhode Island-based toy giant.  In fact, full-year revenue increased by 13% to to a record-breaking US$5.02 billion.

Most operating segments experienced growth—including an 8% rise in Entertainment and Licensing. Earnings, meanwhile, rose 22% to US$551.4 million last year.

The big winner was the company’s Girls category, which grew 50% in fiscal 2016 to a record US$1.19 billion. Shipments of the Disney Princess and Frozen lines, DreamWorks’ Trolls toys, and Baby Alive, Furreal Friends and Easy-Bake Oven products contributed to the sales surge. (Hasbro won the contract for dolls based on the Disney Princess property from Mattel in 2014 and began selling them in 2016, leading to significant gains in Q1, Q2 and Q3 last year.)

Preschool sales were down 1% to US$589.2 million in 2016. Consecutive revenue growth for Play-Doh was offset by softness for Playskool items.