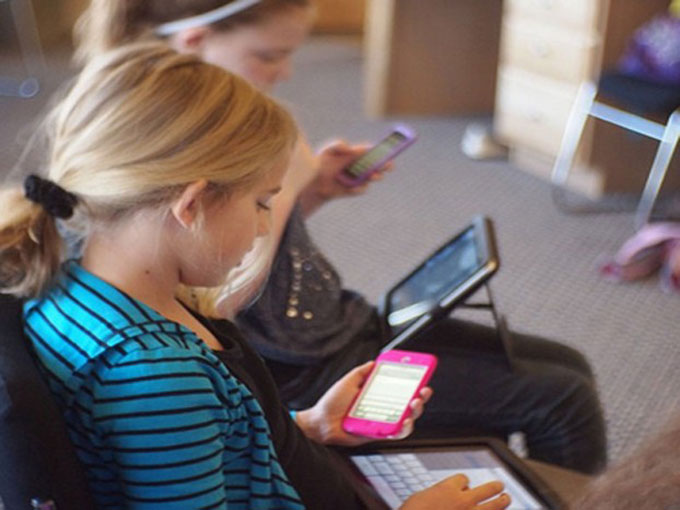 In one of the largest studies of Gen Z ever, the US NRF found that kids rely most on their smartphones—and heavily influence family purchases.

Generation Z’s penchant for all things digital has been well documented, but details surrounding how this cohort affects family decisions—and how these two- to 22-year-olds actually divy up their media choices—are still a bit murky. But a recent study from The US National Retail Foundation and IBM, the first part of one of the largest studies on Gen Z ever commissioned, sheds new light on the daily lives of today’s kids.

Among the 15,600 kids surveyed across six continents, 74% say they prefer to spend their free time online. The next closest option is watching TV and movies at 44%, followed by hanging out with friends and spending time with family (also at 44%).

As for what devices they use, it should come as no surprise that 75% of Gen Zers say they most frequently use smartphones, followed by 45% who say laptops and 30% who use a desktop. (Similar results about the dependency on smartphones were found in a recent study by Childwise, which found that it was the dominant multimedia gadget for five- to 16-year-olds in the UK.)

When using these devices, kids spend 73% of their time texting and chatting, followed by accessing entertainment (59%) and playing games (58%). But in terms of sharing personal information online, this generation is a mixed bag: 42% are willing to share their contact details with a brand, however, 61% say they often secure storage and protect personal data.

Another revelation is that kids have a major impact on how their families spend money—or at least they think they do. A full 61% of respondents say they have a significant influence on what electronic goods their parents buy, but only 37% believe they have a significant influence over digital streaming choices. Even fewer kids thought they had an affect on toys and games (30%), and bringing up the rear were app purchases (20%).

Kids also have their own money to spend. More than half (59%) say they receive an allowance, and 22% say they make money online. And when it comes to spending that hard-earned cash, a whopping 98% say they make purchases in a brick-and-mortar store most or all of the time.

NRF and IBM are among several brands trying to understand and harness the spending power of the young generation. Nickelodeon released a study last year showing Gen Z to be the most compassionate cohort yet, with 93% of kids saying they would like to have a friend from a different friend group.  AwesomenessTV’s Wildness also recently looked at the generation, and discovered a world of kids who never had a cable subscription.