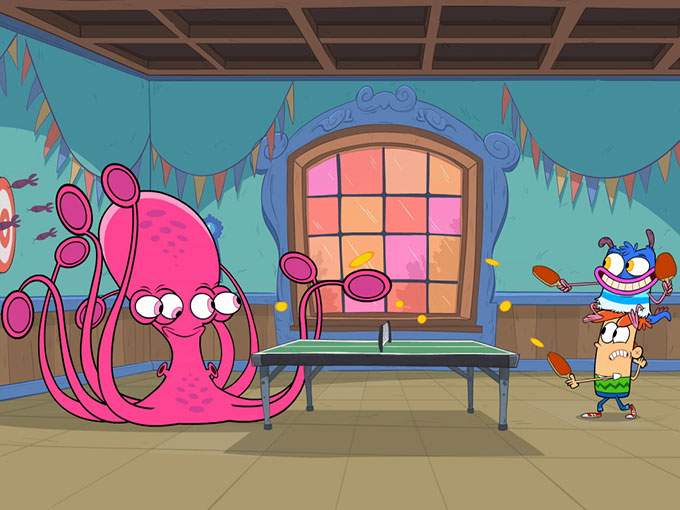 Created by animation vet Butch Hartman, Bunsen is a Beast will premiere on February 21.

First announced in late 2015, the show follows Bunsen, the first beast to go a human school, and his best friend Mikey as they go on adventures in their town. The show will air daily until February 24, before settling into a regular time slot on Saturday mornings at 10:30 a.m.