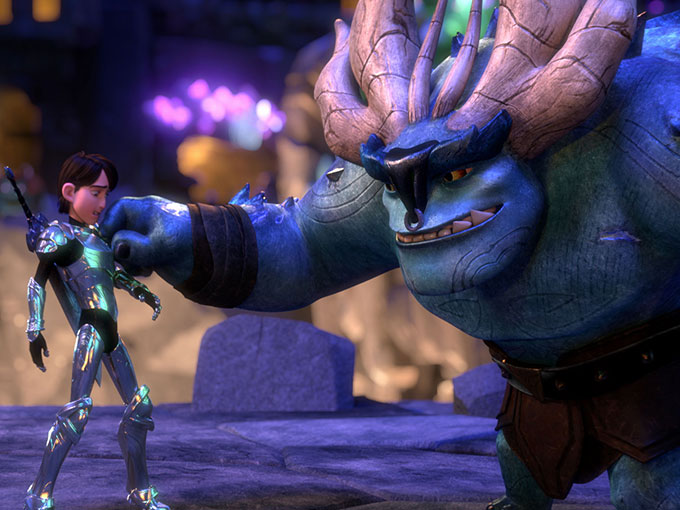 Demand for Netflix content is far from waning, with the SVOD adding a record 7.05 million global members in Q4 2016. Trollhunters, which launched in Q4, is tracking to be Netflix's most-watched kids original ever.

Netflix’s Q4 2016 results spell good news for its plans to spend more than US$6 billion on content, as the streaming giant added a record-breaking 7.05 million global subscribers during the last three months of the year.

Netflix scored 1.93 million and 5.12 million US and international subs, respectively, beating analyst predictions of 1.44 million in the US and 3.74 million globally.

For total Q4 international streaming revenue, Netflix reported a 41% increase to US$2.4 billion, with a net income of US$67 million.

As for kids content, Netflix’s new 26-episode, CGI-animated series Trollhunters from DreamWorks and filmmaker Guillermo Del Toro is tracking to be its most-watched kids original ever, and is resonating particularly well in the service’s newer territories.The complete first season launched in December, marking the most simultaneously dropped eps for any Netflix original.

For more family-oriented content, Gilmore Girls: A Year in the Life debuted in the top 10 in every Netflix territory.

In its quarterly letter, Netflix stated it will continue to invest in local programming on a global scale, from Japanese anime to Turkish dramas.

The company also said it was pleased with the initial results of its Q4 offline viewing launch that allows members to download content to iOS and Android mobile devices, with particular traction hailing from emerging markets.