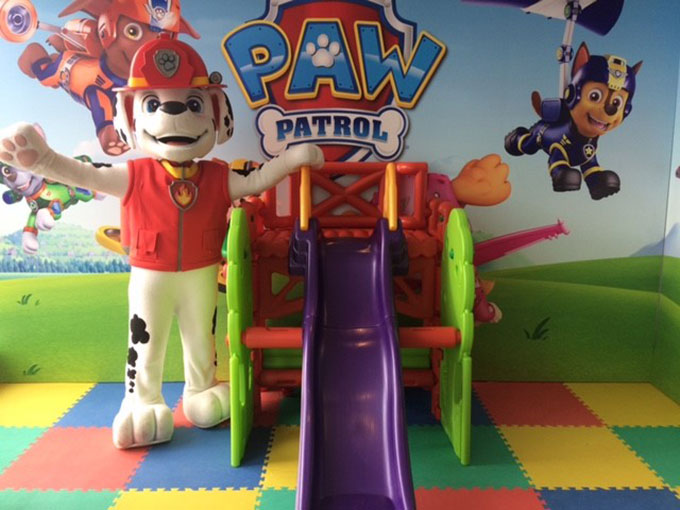 An airport lounge is part of PAW Patrol’s flight plan

Spin Master spent the 2016 holiday period riding high on Hatchimals demand, but the Canadian toymaker has also been busy investigating the marketing potential of airport lounges.

“Pearson wanted to know how to solve the problem that travel is stressful, and that there’s not a lot to do at the airport,” says Jodi McDonald, senior manager of global communications at Spin Master. “It fit so seamlessly with PAW Patrol content that was streaming on Netflix in Canada for season three, in which the pups take to the sky.” McDonald adds that the animated series is created in Toronto, despite it being a globally recognized brand.

The final product is a mini kids lounge that includes a cardboard cutout, seating area and a large TV playing season three on repeat. There is also a tower overlooking the planes, just like in the show.

The deal was initiated by Pearson as a way to keep families entertained during the busy December to March travel season. But Spin Master is considering extending the partnership due to its marketing potential.

The lounge is located between gates 57 and 59 in highly trafficked terminal one, which is costing Spin Master some money, McDonald confirmed, although she declined to say how much. Obviously that makes this a beneficial partnership for the airport, but what’s in it for Spin Master? McDonald says that while it’s not a direct financial gain for the show, most experiential branding isn’t.

“We already have content, we have toys, there’s licensing for PAW Patrol and we’ve also done the PAW Patroller tour. We’ve brought it to life in so many different ways, and this is just another touch point,” says McDonald.

Spin Master isn’t the only company to eye the airport space. For example, this past summer saw the launch of branded interactive Airside Andy pods across UK airports. 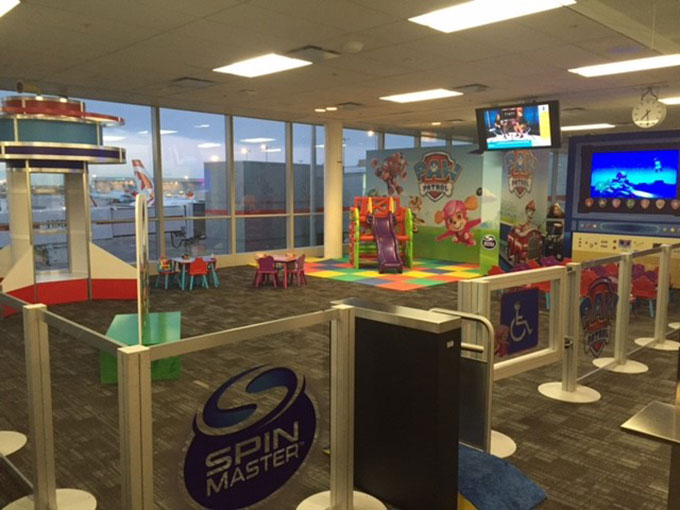