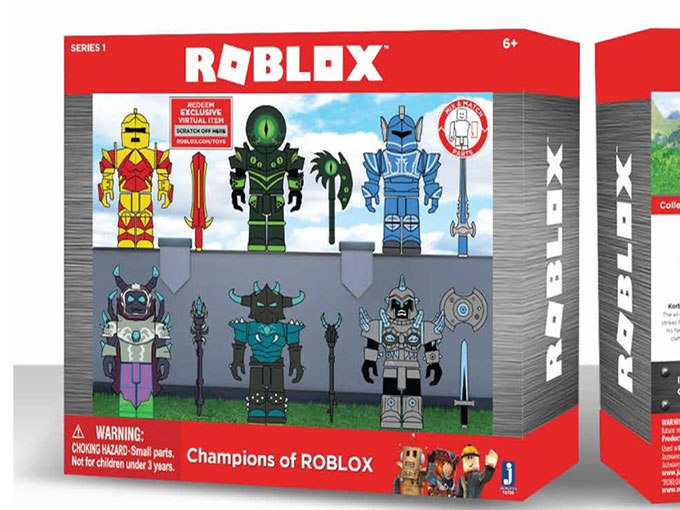 With 44 million active players under its belt, social gaming platform Roblox is making its foray into licensing with a Jazwares action figure line that will launch in the US next month.

Roblox Corporation is a user-generated social gaming platform boasting more than 44 million active players, but you may not have heard of it.

“We are the best kept secret in the world,” says Tami Bhaumik, Roblox’s VP of marketing.

The platform—available online, through mobile devices, Xbox One and Oculus Rift—allows kids ages eight to 18 develop and create games that then become available for other users to play. It is currently home to more than 22 million user-generated games.

Bhaumik explains that since all of Roblox’s content is user generated, it doesn’t make the news the way other platforms of a similar size might. However, this format has also led to an incredibly loyal fanbase with a strong sense of community.

“Word of mouth is our biggest awareness-driver among kids. Because kids create these games and share them with their friends, and it just starts to blow up.”

Jazwares heard the buzz, and is now partnering with Roblox to take the brand offline and into consumer products for the first time. The new toy line will be inspired by some of Roblox’s most popular games and characters, and will be available in top retail stores across the US in February.

The first series of the collaboration will include approximately 40 action figures that will be instantly recognizable to members of the Roblox community.

“There are really notable avatars that are popular among the users and developers,” Bhaumik says. “There’s one called Builderman, and it was our CEO’s first avatar representation within Roblox. We use Builderman as a representative of the Roblox community. He’s a friendly face when you first start, and so he was a natural choice to include in this first series.”

And, just as users can create their own worlds within the platform, consumers will be able to take the figures apart to mix and match the pieces. Additionally, each toy comes with a unique code that can be redeemed through Roblox for exclusive virtual items.

“Going into the action figures is our first step,” Bhaumik says. “We’re looking at lots of different opportunities to merge into the physical world as well as other entertainment platforms. Everything is on the table.”