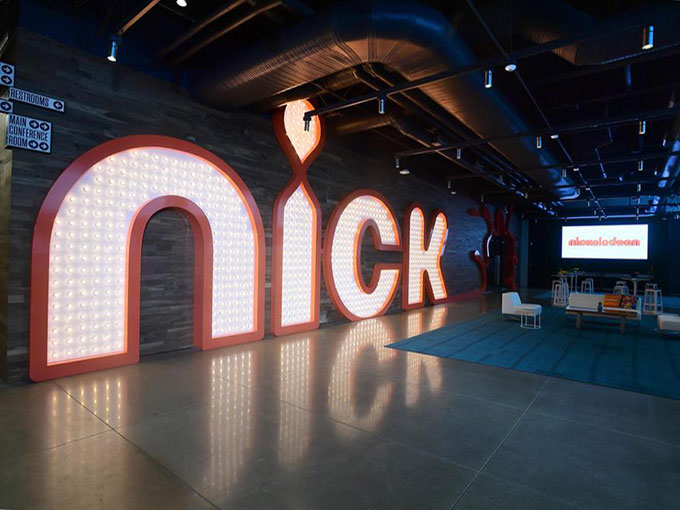 Nickelodeon has officially opened the doors to its newly expanded 200,000-square-foot facility in Burbank, California that now houses more than 700 employees and 20-plus productions.

Some of Nickelodeon’s biggest hits—including The Loud House, Shimmer and Shine, SpongeBob SquarePants and Teenage Mutant Ninja Turtles—have found a home in the new facility.

The building features art and installations by both internal and external artists in an effort to support creativity. Collaboration is also being encouraged through the Nickelodeon Studio App, which allows for communication and scheduling across all departments.

Nickelodeon’s new facility will be connected to its older buildings by a courtyard that serves as an outdoor work and meeting area.

The revamped space comes nearly a year after the debut of Miami’s Viacom International Studios, which now serves as a multiplatform production hub for all of Viacom’s brands. The studio produces original content, including daily serialized formats, music specials and game shows, as well as short-form content for digital platforms and television.