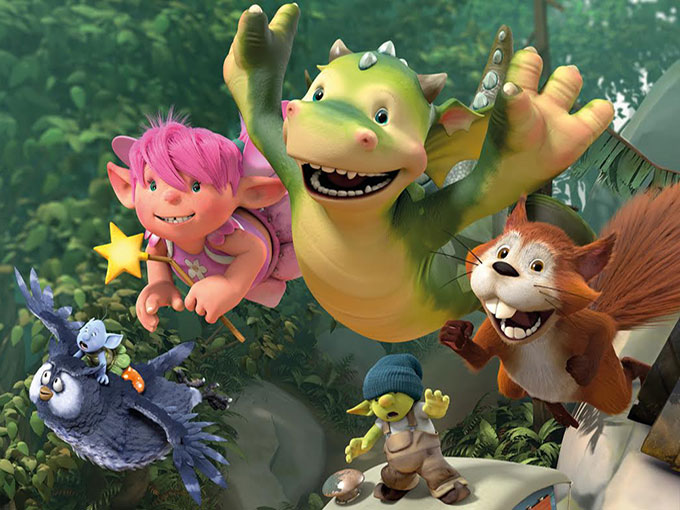 Digby Dragon (pictured) and Trucktown will premiere this month in the US on Nick Jr. and video subscription service Noggin, respectively.

Nickelodeon US is expanding its preschool programming for Nick Jr. and Noggin with the respective launches of Digby Dragon (pictured) and Trucktown.

CGI-animated Digby Dragon, produced by London-based Blue Zoo, premieres January 23 on Nick Jr. The 26 x half-hour show centers on a young dragon embarking on adventures with his friends in the enchanted Applecross Woods. (It debuted on Nick Jr. in the UK in July and scored the best-ever weekday launch for a new show.)

Trucktown launches on January 12 on Noggin, Nickelodeon’s video subscription service. The 40 x half-hour series is produced by Corus Entertainment’s Nelvana and features a world populated by young trucks. Trucktown is based on a series of books by Jon Scieszka.

To date, Noggin has 22 library series including Miffy and Friends,Teletubbies, Blue’s Clues, Little Bear, The Backyardigans and Pocoyo.