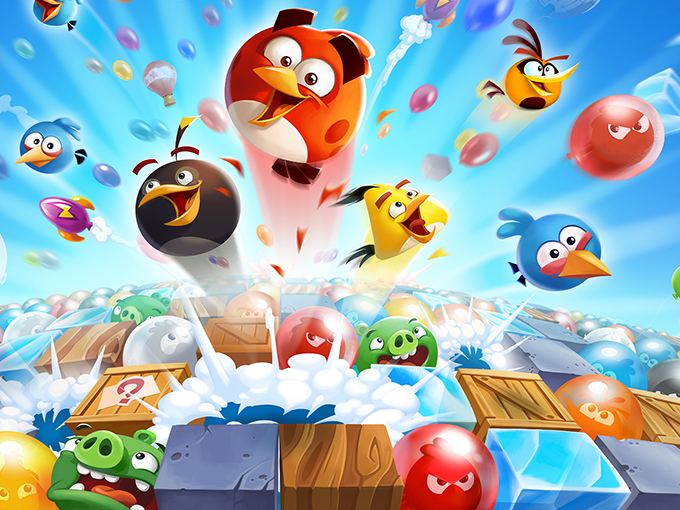 Developed in partnership with Shanghai-based studio MYBO, Angry Birds Blast is available for free on iOS and Android mobile devices, following successful soft launches in select territories. The app finds the Angry Birds trapped inside colorful balloons, which must be popped in order to set them free.

Angry Birds Blast features more than 270 levels at launch and, in a nod to the franchise’s rich seven-year history, includes landscapes, tunes and characters from the IP’s existing titles, such as Angry Birds Space and Angry Birds 2.

Players are automatically gifted 250 gold coins (worth US$9.99 in-game), and additional levels will be added every two weeks.

The 80-MB game is also playable offline, and can be connected to Facebook for greater social engagement.

The app arrives at the end of a rebound year for Rovio, which saw its profits improve by US$18 million in the first half of 2016.

The momentum kicked up a notch in May with the premiere of The Angry Birds Movie, which has grossed nearly US$350 million worldwide to date.

Since then, a movie sequel has been announced and plans are in the works for more game launches. Moreover, a recent deal with KIDOZ will see Rovio’s ToonsTV become available to a third-party platform for the first time.