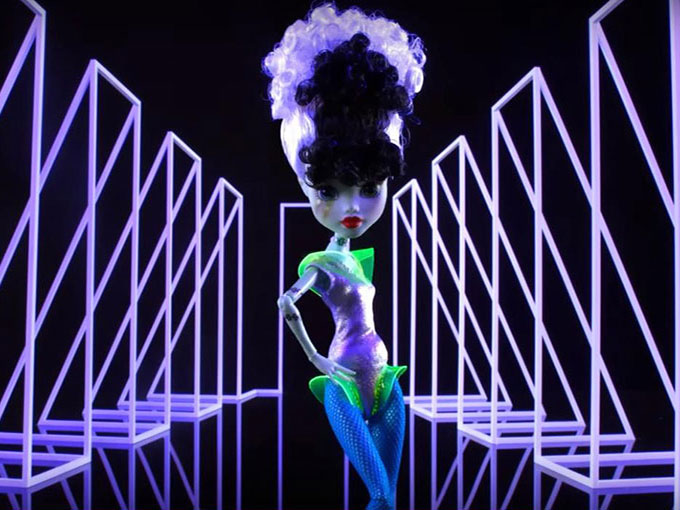 Mattel to double down on influencer campaigns in 2017

Mattel's digital marketing manager says the toymaker spent 2016 focusing on building relationships with influencers, and now plans to move full-steam ahead in terms of marketing spend and original content output.

It has been a big year for YouTube influencers and the brands that work with them. Largely driven by the rise of user-generated content and its most popular platforms like YouTube, Facebook, Instagram and Snapchat, there has been a major influx of online personalities who claim millions of passionate and impressionable followers. Swedish gamer PewDiePie, who recently surpassed 50 million YouTube subscribers, is a true lesson in the marketing power of one.

And Mattel has taken note. The world’s largest toymaker spent 2016 fostering digital influencer relationships and capitalizing on the changing nature of marketing in order to grow its credibility and sales.

“We saw that kids and parents alike were creating their own content and finding very creative ways to tell their stories, so we wanted to be a part of that,” says Isaac Quiroga, senior manager, digital marketing and media, home entertainment and new media distribution at Mattel. “We wanted to give them tools to help them create content using our brands as their stories.”

Over the past year, Mattel has gained two million new subscribers across its channels, while surpassing 67 million views for its 300-plus toy reviews and unboxing videos. All with a marketing budget of less than US$1 million.

“We represent a portfolio of more than 30 brands, so our spend was mostly operational. It was about going out there and finding the right software to be able to identify the right creators, and that’s really where we were in 2016,” says Quiroga.

He notes that Mattel didn’t pay most of its influencers for content, but rather sent them products and promised to work with them in the future. The goal was to find influencers that the company could work with over a long period of time.

“Influencer programs that are chosen shouldn’t just be these one-and-done-type of campaigns. It’s about carefully selecting the influencers or creators with whom you foresee a long relationship, because these are everyday people,” says Quiroga.  “They’re not companies, so they require a bit more fostering.”

Mattel intends to grow these relationships in 2017, especially as kids continue to trust digital personalities for brand recommendations. A study released earlier this year from Toronto, Canada’s Centennial College called #BrandofMe found that children ages 12 to 15 don’t know, read or pay attention to any transparency disclosures around paid sponsorships. And a recent Ofcom study found that 53% of youth don’t even realize YouTubers can be paid to endorse products. So that authenticity is easier for brands, like Mattel, to capitalize on.

And the strategy is working.

“The YouTube content we’ve been creating has led to a clear lift in toy sales for brands like Thomas & Friends, Hot Wheels and Barbie. And those are the brands that we’ve really been focusing on,” says Quiroga. “Hot Wheels was really aiming to get credibility within the STEM space, but we couldn’t really tell the story because we aren’t really a credible STEM voice,” says Quiroga.  “So we went and worked with Derek Muller from Veritasium. He is a physics expert and brought in his knowledge, and we collaborated with him on some Hot Wheels videos.”

Mattel has partnered with crowd-sourced content studio Tongal to create a series of videos for its Hot Wheels brand. The company has also worked with Matt Steffanina (his choreographed-video pictured), a YouTube choreographer, and Andrea Russett, who makes music videos, on Monster High content, as well as Meredith Foster on the Barbie Fashionista line.

However, 2017 will see Mattel start to shell out more money on co-productions with big-name influencers, rather than just unboxing videos. The company’s aim is to make content that’s innovative and tells a story beyond just showing off  new toys. And on Quiroga’s 2017 wish list is the chance to work with YouTuber Todrick Hall, who is currently performing in the Broadway production of Kinky Boots, as well as family vlogger Roman Atwood.

“I think influencers are just a more engaging way of reaching our target kid audience, because they just listen to them more,” he says. “There’s a major sense of credibility there.”