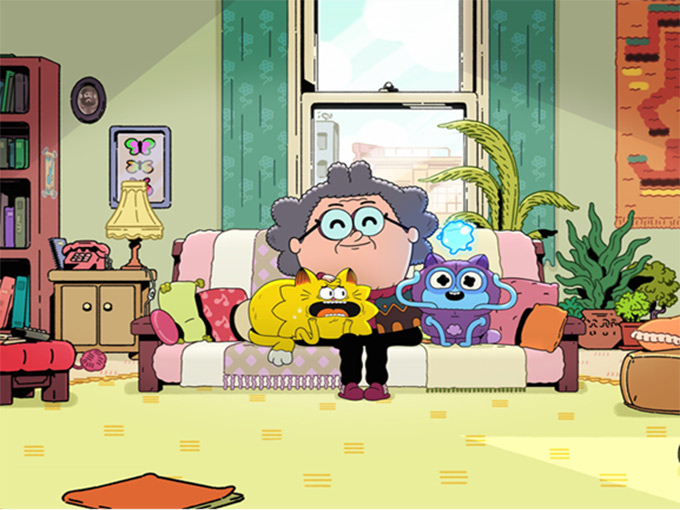 The Toronto-based producer-distributor behind Counterfeit Cat (pictured) and Wildernuts has claimed insolvency and is seeking an extended stay of proceedings to sell its library.

Canadian producer-distributor Tricon Films and Television was granted a 30-day period of creditor protection under the Companies’ Creditors Arrangement Act (CCAA). Tricon filed for protection with the Ontario Superior Court of Justice on December 9 and will remain under CCAA protection until January 11, 2017.

In its filing, the Toronto-headquartered company behind kids co-pros Counterfeit Cat and Wildernuts claimed protection on the grounds that it is insolvent. Tricon also applied to have the stay of proceedings extended from January 11 to January 31, in order to give the company time to “effect a sale or an orderly wind down of their business.”

A motion is set to be heard today, which will determine whether or not the company will receive the Court’s approval to move ahead with seeking a buyer for its library. If granted, Tricon will have until January 17, 2017 to receive an official offer of purchase. Definitive documentation must then be finalized and sale approval motion materials served by January 24, 2017, with the transaction closing by January 31, 2017.

Tricon president Andrea Gorfolova confirmed with Kidscreen sister publication Playback Daily that the company is in the process of selling its distribution library and will continue to deliver on its production commitments.

A December 15 filing from KSV Kofman, Tricon’s appointed monitor and financial advisory services firm, said Tricon has reduced its employee count from 36 to 11, and is in the process of contacting networks and producers to advise of the proceedings.

According to a filing, representatives of KSV met with Gorfolova on December 12, with Gorfolova’s team now in the process of compiling a list of prospective purchasers and the relevant information to allow KSV to handle the sale in the order mandated by the Court. All offers will be subject to approval from the Court.

The filing also states that Tricon has not generated enough EBITDA to service its debt and capital costs, including equipment and minimum guarantees, the latter of which were described as “a significant cash drain on the business.”

Tricon remained relatively active on the production and distribution fronts this year, especially within its Kids & Family division. In September, Disney XD picked up rights to Tricon and Wildseed Kids-produced Counterfeit Cat for several countries. In June, the company formed a partnership with UK-based studio Lupus Films (The Hive) to develop My Big Red Head, a new animated comedy for eight- to 12-year-olds. Disney EMEA came on-board for development with the potential of becoming a co-producer for the new toon.