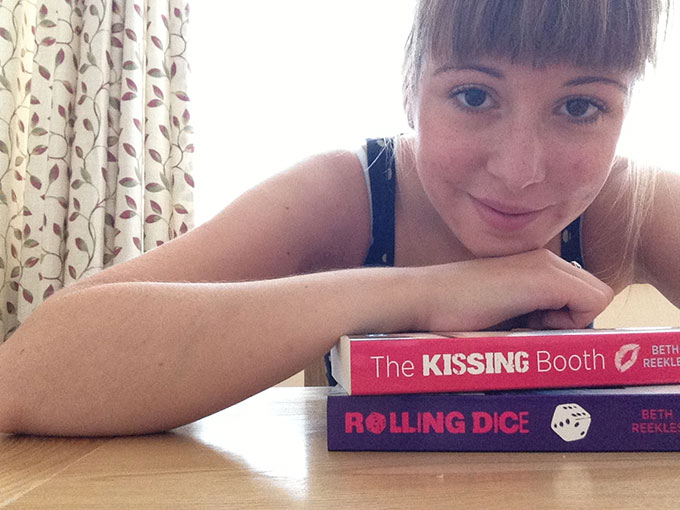 In bringing together a 15-year-old author, a toon production company and the world’s largest SVOD service, new young-adult film The Kissing Booth tells a lot about evolving creative processes in 2016.

Netflix is adapting the novel written and published by rookie teen author Beth Reekles on Wattpad, where it garnered more than 19 million views on the online free publishing site. UK-based film and TV production company Komixx Media Group is producing the feature-length film for the SVOD, with writer/director Vince Marcello (Teen Beach Movie) on-board to direct from his own screenplay.

For Komixx, which produces preschool series Toby’s Travelling Circus and Wanda and the Alien, the Netflix commission represents a milestone in its strategy to acquire and produce more YA drama for tweens and teens.

“It’s a teen romance about first love. Whether it’s this audience or the audience that John Hughes was writing for originally with The Breakfast Club, it’s just things that stay with them,” says Andrew Cole-Bulgin, co-CEO of Komixx. “Because Beth was a 15-year-old girl at the time when she wrote the book, it just resonated with the audience.”

The story follows a 16-year-old girl who has never been kissed, and then ends up face-to-face with her crush while she’s in a kissing booth. (The film is currently in the development stage and no date has been set for the premiere.)

Taking the manuscript to Netflix made the most sense, says Cole-Bulgin, because the audience who read Reekles’ story was already online and using the SVOD.

“It’s an SVOD channel and the audience that goes to it was basically the audience that was consuming Reekles’ writing on Wattpad. They’re from the same digital age,” says Cole-Bulgin. “Why would you develop that material and transition it too many steps away from where that audience? You’ll lose most of them, and that’s what people forget most of the time.”

The tween and teen audience that read the novel—and will eventually watch the movie—is a cohort that Komixx has been focusing on lately. The company has three other YA fiction adaptations on the go: Philip Kerr’s The Winter Horses, Simon Mayo’s Itch and Emma Pass’ The Fearless and Acid. But Kissing Booth is the only one written by someone who actually resides in the YA category.

YA fiction is booming within the publishing industry right now, but not as many media companies are turning to Wattpad for their ideas. Cole-Bulgin says that because of the experience Komixx has had with Reekles and her story, the company plans on working with Wattpad and looking for additional stories to adapt.

In terms of other first for Komixx, The Kissing Booth is an inaugural commission from Netflix, though Toby and Wanda have sold to the SVOD in previous deals.

In September, Komixx added Finland to its list of countries that air Dog Loves Books, one of its original series. Toby’s Travelling Circus, meanwhile, was just picked up for a second season.