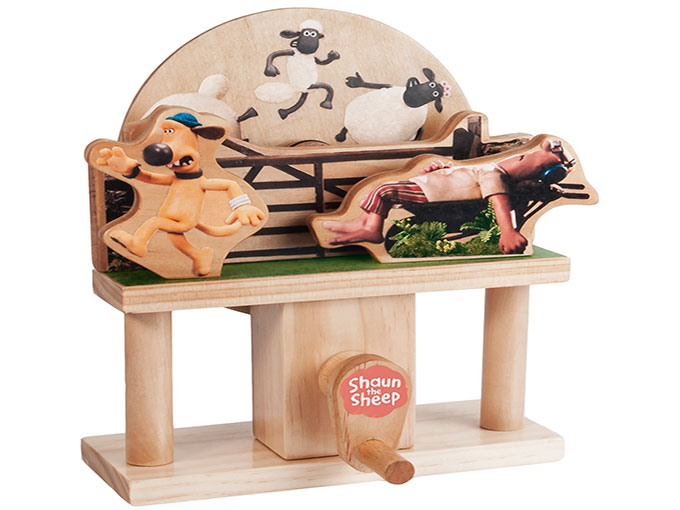 Timberkits, a Welsh company first featured on BBC1 show Dragons’ Den, has picked up the license for Aardman Animations’ Shaun the Sheep for a new line of wooden toys.

Launching globally today, Shaun the Sheep Timberkits is aimed at kids ages five to eight. The toys feature the farm animals from the series and film bobbing up and down and running races.

The toys use simple engineering concepts, like pulleys, wheels and levers.

Timberkits received an investment from  multi-millionaire retailer Touker Suleyman while on Dragons’ Den and it has since produced and sold its mechanical wooden toys throughout the UK and internationally. But the Aardman deal marks its first move into licensing.

The launch of the toys follows an announcement made earlier this year that there would be a second Shaun the Sheep film.