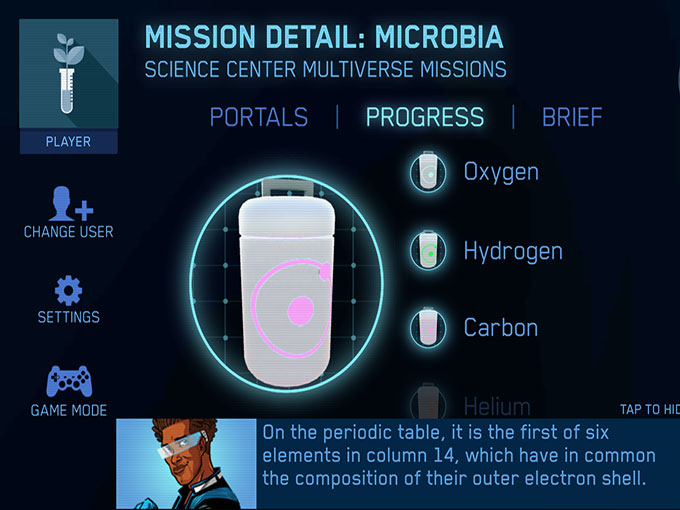 VR/AR app Terracosm has teamed up with science centers to get kids ages six to 11 interested in STEM fields.

Terracosm, a new sci-fi mixed-reality mobile game, will be launching at a trio of science centers in the US early next year. The Ontario Science Centre in Canada was the first to launch the game last month.

The Arizona Science Center, Louisiana’s Sci-Port Discovery Center and Ohio’s The Center of Science and Industry are all set to debut the app in 2017.

Created by Toronto-based interactive firm Digital Howard, Terracosm follows an explorer trying to save the universe. The mobile game is a combination of augmented and virtual reality designed to increase interest in STEM fields among kids ages six to 11.

While the game is currently available on iOS and Android, it only works in the participating science centers, which serve as portals. Up to four people can play on one mobile device at a time, searching the center for challenges that unlock more games as they go.

The move follows the recent popularity spike in virtual and augmented reality that kids content makers are aiming to capitalize on. Just recently, Playing Forward launched a kid-centric AR&VR platform called THE VROOM, and Mattel teamed up with Littlstar VR to create View-Master, 360-degree videos of Mattel’s content library.