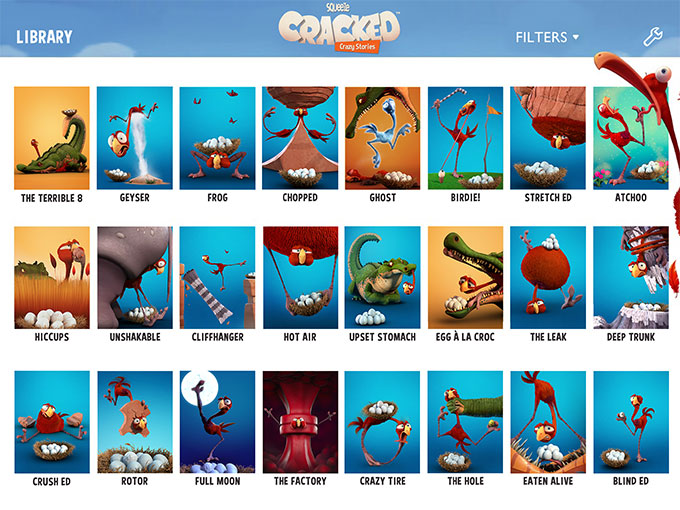 Cracked is produced in collaboration with Corus-owned Teletoon and airs on Teletoon’s French and English channels in Canada. The 52 x one-minute 3D animated series has also been snapped up by various Disney, Nickelodeon and Turner networks in more than 175 countries and territories around the world.

The series follows Ed, an anxious ostrich dad, as he tries to keep his eggs safe despite his terrible luck.

Cracked Crazy Stories was developed in collaboration with Quebec-based technological development studio Cortex. The pair has also collaborated on a free endless runner mobile game app inspired by the series.

Currently, Cracked Crazy Stories is only available in Canada and can be purchased in both the Android and Apple app stores.