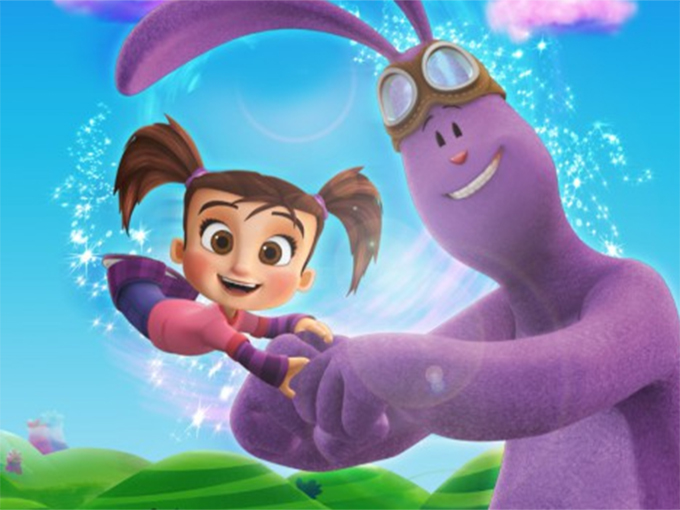 The Prize's three winners, including Kate & Mim-Mim (pictured) from DHX Media, will each receive US$18,500 from the Canadian youth programming fund.

Canada’s Shaw Rocket Prize has revealed this year’s winners across its preschool, children, and youth and family categories. Whittled down from a crop of nine finalists, three independent Canadian kids shows will receive US$18,500 (CDN$25,000) each, and were determined by a kids public voting process that began last month.

The 2016 preschool winner (ages five and under) is Kate & Mim-Mim (pictured), produced by DHX Media in association with FremantleMedia. The show focuses on the relationship between five-year-old Kate and her toy bunny Mim-Mim, who travel to a fantasy world where Mim-Mim comes to life. Just this past month, the series was sold to Chinese state-owned channel CCTV Children’s Channel. It also joined up with European toy distributor The Giochi Preziosi Group in January of this year.

DHX Media also took home the children’s category prize (ages six to 12) for Slugterra. The series follows 15-year-old Eli Shane, who is trying to become the greatest slug-slinging hero of Slugterra. The show is currently in its fourth season.

L.M. Montgomery’s Anne of Green Gables from Breakthrough Entertainment took top honors in the youth and family category (ages 13 to 17). The classic tale depicting life in 1870s Prince Edward Island, follows the trials and tribulations of Anne Shirley after she is mistakenly adopted by Matthew and Marilla Cuthbert, who wanted a boy. Earlier this year, it was announced that Breakthrough had secured an all-rights broadcast deal with PBS in the US to broadcast the special. It will air tonight at 8 p.m. as part of an American Thanksgiving viewing event.

Previous Shaw Rocket Prize winners include Degrassi: The Next Generation, Being Ian, Make Some Noise, Life with Derek, Sticks and Stones, Dino Dan, Wingin’ It, My Babysitter’s a Vampire, Daniel Tiger’s Neighborhood, The Next Step , The Phantoms, Justin Time, Rocket Monkeys and If I Had Wings.

Anne of Green Gables, being ian, Breakthrough Entertainment, Daniel Tiger's Neighborhood, Degrassi: The Next Generation, DHX Media, Dino Dan, If I Had Wings, Justin Time, Kate & Mim-Mim, Life with Derek, make some noise, My Babysitter's A Vampire, Rocket Monkeys, Shaw Rocket Prize, Slugterra, sticks and stones, The Next Step, the phantoms, Wingin' It